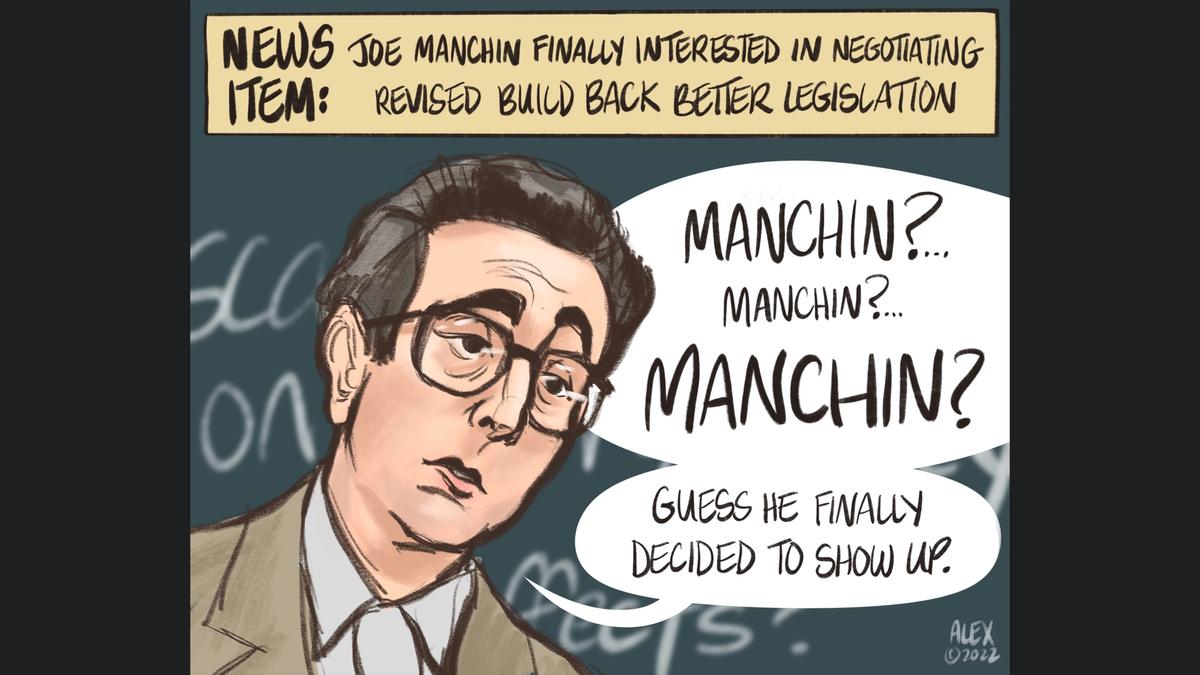 Much like Ferris Bueller, Joe Manchin has been absent… from his party’s efforts to pass the clean energy and climate legislation formerly known as Build Back Better. But now, Manchin is back at the table collaborating on the bill, which originally included a package of over $500 billion for energy and the environment. He may not support everything the Senate Democrats hoped for, but at least he's not playing hooky anymore.

MSNBC: Breaking Down The Build Back Better Bill And How It Helps You, Decmeber 8, 2021.

BlueGreen Alliance: West Virginians Want Senator Manchin to Come Back to the Table and Pass a Budget Reconciliation Bill, March 8, 2022.