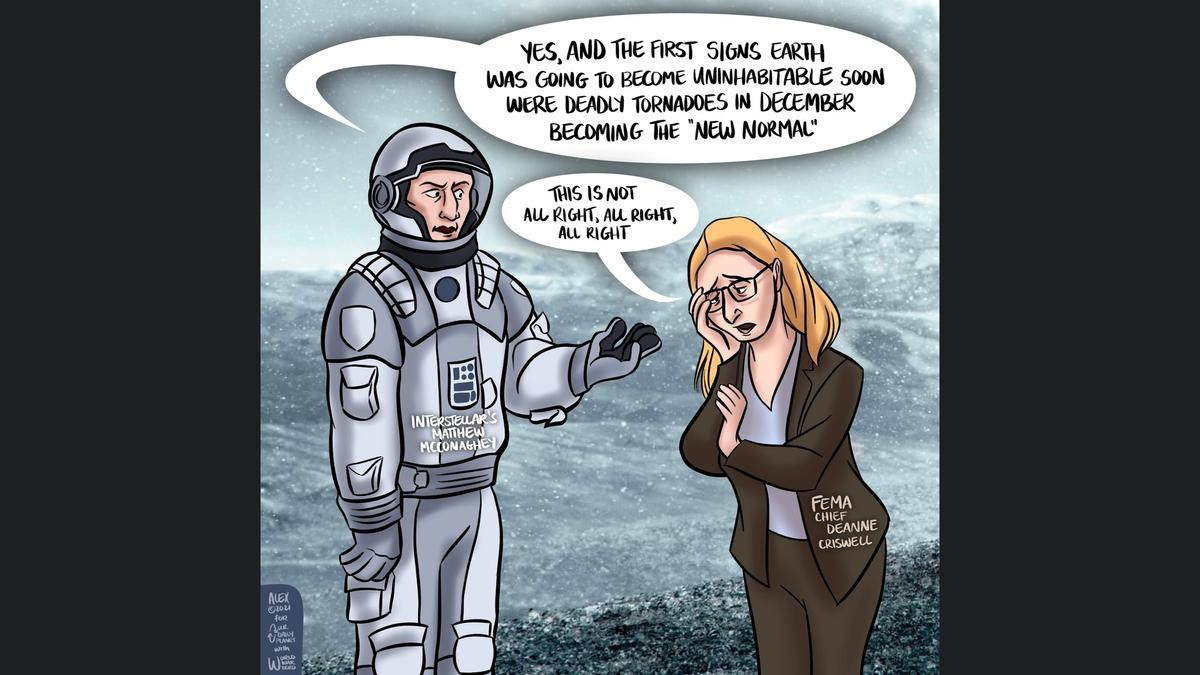 We've all seen sci-fi movies -- like Christopher Nolan's Interstellar (2014) -- where humans manage to overcome severe, apocalyptic weather despite impossible odds. Well, according to FEMA Chief Deanne Criswell, the deadly Kentucky tornadoes this week are an example of extreme weather that is part of the "new normal." Is our reality headed in the same route as Cooper in Interstellar? Will we be forced to trek the cosmos for a new more habitable home?