China Needs to Help Itself with Its Green Transition 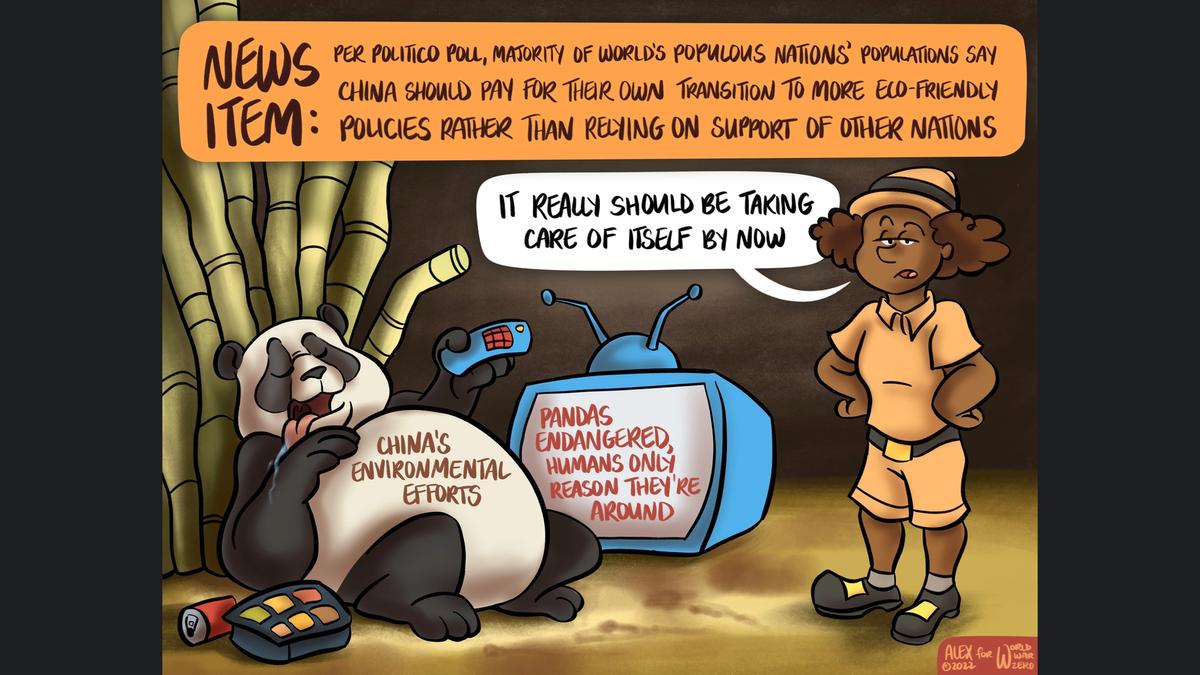 According to the POLITICO Morning Consult Global Sustainability Poll released last week, the vast majority of the world believe that China, the world's biggest polluter, should pay for their own transition to more eco-friendly policies -- including 70-78% of people in South Africa, America, Mexico, and Russia. It's no wonder: the International Energy Agency tells us that if China sticks with its current plan and does not peak its emissions until 2030, then the entire rest of the world must go to zero by 2035 -- which is impossible.

China has often been represented in art and pop culture through the symbol of its most spectacular living tourist attraction: the Giant Panda, a species' that's survival entirely depends on the fact that so many people want them around.

While pandas are just a metaphor here, it's striking: our planet's survival really does depend on China stepping up, and we need them around to do it in a hurry! When it comes to China, as POLITICO put it, it's time for the world's largest polluter and biggest country to "follow the same targets and timelines as other wealthy countries in their efforts to combat climate change."