A Glimmer of Hope for A Biden Climate Bill 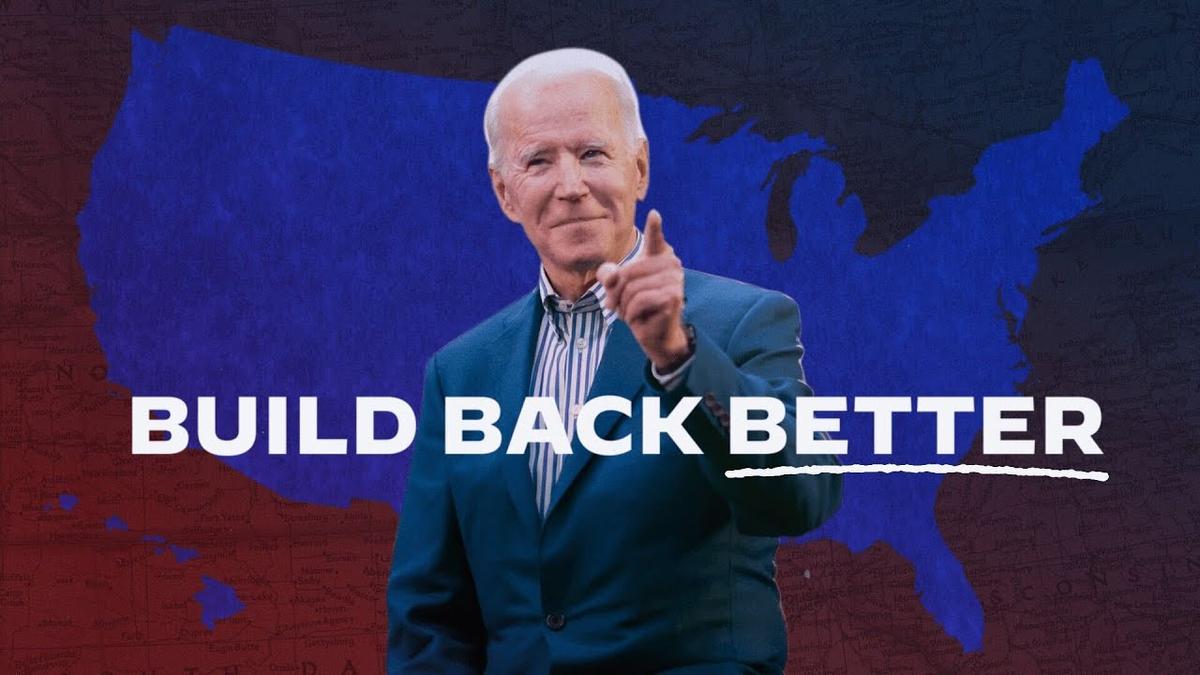 Climate action in the Senate has remained stuck in a standstill for several months, in part because of West Virginia's Senator Joe Manchin's opposition to non-climate spending lack of support on issues like free community college and child tax credits, based on concerns about national spending and inflation. However, in recent days, Manchin has expressed a willingness to negotiate on Biden's climate bill. In his counteroffer, Manchin intends to raise taxes on corporations and the wealthy, and split that revenue on debt reduction and addressing climate change. This shift has given a glimmer of hope to Biden and the climate elements of his Build Back Better plan (BBB).

MSNBC: Breaking Down The Build Back Better Bill And How It Helps You, Decmber 8, 2021.

Part of President Biden's campaign promises included passing legislation addressing climate change and clean energy, but BBB has so far failed to get past Senate. If Biden cannot deliver to his constituent, it not only wounds him politically, it reduces his timeframe to make significant progress on climate goals. Time is running out to reduce emissions using a regulatory approach like the Obama Administration used in the past.

If climate regulations are not enacted, Biden's climate goals and promises made in the Paris Agreement -- specifically reducing emissions by 50% below 2005 levels by 2030 -- are becoming more and more unattainable. Climate and clean energy policy could significantly reduce carbon emissions while saving millions of dollars, but the lack of progress is reducing their potential effectiveness.

The Fight Over Clean Energy Spending

How and where money will be spent on energy seems to be the main point of contention between Manchin and Biden's climate bill. Biden's bill aims to introduce clean energy tax credits and build up domestic renewable energy sources to fulfill emissions goals. In the past, Manchin has supported clean energy spending but has made it clear that any clean energy policy passed in Congress now should not conflict with fossil fuel production. Manchin's stipulation could be particularly detrimental towards Biden's emissions goals and the passing of an effective climate bill. Manchin on Sunday, as a guest on Meet the Press, described climate change as a "big global challenge" that had to be addressed, much like Russia's invasion of Ukraine.

Union workers from West Virginia have been vocal for some time in their urging of Manchin to back BBB. Among several benefits aligned with union principles, the legislation would provide healthcare for sick coal miners, employment assistance, and penalties to anti-union employers. On Tuesday, one labor group raised the stakes, pushing an "ad blitz" across the state that calls on Manchin to get behind the bill. The $350,000 campaign includes an ad featuring a member of the United Steelworkers Union Local 5668 chapter saying, "Senator, my friend, we need you back at the table, jump-start our state."