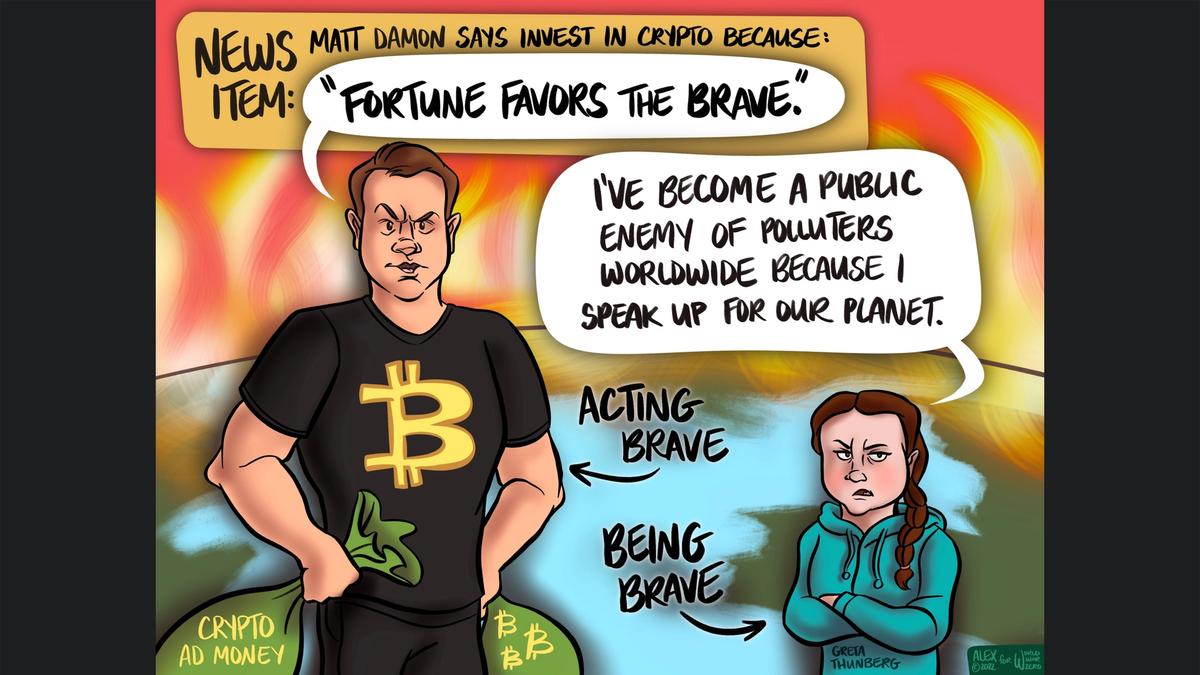 Matt Damon recently starred in a commercial for Crypto.com, titled after the Latin proverb that translates to "Fortune Favors the Brave." The ad argues that humanity makes its greatest achievements when brave people embark on risky expeditions despite detractors.

But there’s a climate wrinkle here. Cryptocurrency has a profoundly negative impact on the environment. Bitcoin and other proof-of-work currencies require huge amounts of energy -- more than used by entire countries – to perform the computations associated with their mining. According to the crypto analytics site Digiconomist, the Ethereum network -- one blockchain platform -- annually uses 99.6 Terawatt-hours of electricity, which is more power than that required by the Philippines or Belgium in a year.

Humanity's time can be so much better spent on causes that actually address climate change.

You don't need to be Virgil-level-wise to know that making risky investments with indeterminate opportunities for reward does not make one "brave."