Ahead of Elections, Macron Calls for Nuclear Power 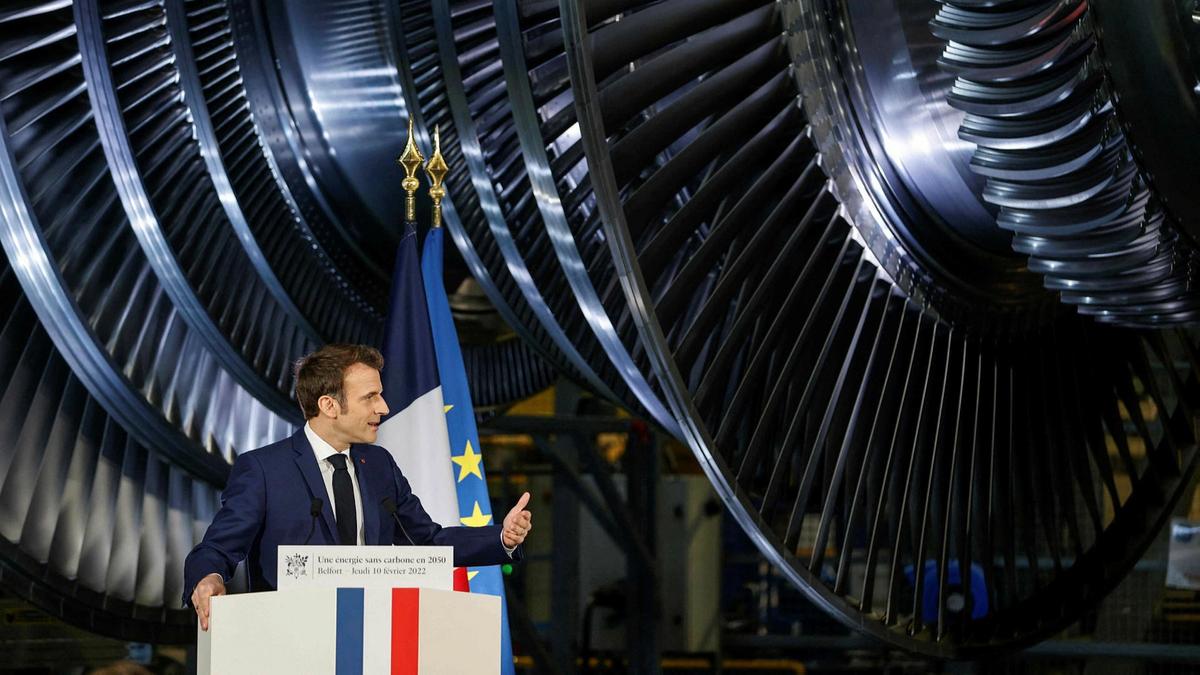 In a speech earlier this week, French President Emmanual Macron presented a proposal to build up to 14 new nuclear reactors, a central component of his plan to transition the country away from fossil fuels and towards clean energy. Macron indicated support for solar, wind, and hydrogen power as well, but emphasized that the choice to focus primarily on nuclear power is "a choice of progress, a choice of confidence in science and technology."

Since the 1970s, nuclear power has provided around 70% of France's electricity, yet attempts to add or replace reactors have proved economically and politically challenging in recent years. With Macron's support, the country could be at the beginning of a "nuclear renaissance."

Despite the promise of nuclear power, the zero-emissions energy source certainly faces its fair share of opposition. Many environmentalists -- including France's Green presidential candidate, Yannick Jadot -- oppose nuclear because an ideal solution for radioactive waste storage has yet to be found. Germany, which decided to phase out nuclear power by end of 2022 in the wake of the Fukushima disaster, is also a staunch opponent of France's nuclear dreams. The two countries remain locked in a conflict over whether the European Union should classify nuclear power as "green" as part of a new sustainable investment taxonomy system.

It's critical to note that France's new reactors wouldn't reach operation until sometime between 2040 and 2045, at best. Without measures to reduce fossil fuel emissions and implement alternate clean energy sources in the meantime, the country risks entering what Jadot calls an "energy and industrial obsolescence."

A "Nuclear Renaissance" Beyond France

Recent research has indicated that nuclear power may be more viable than previously thought. The Wall Street Journal reports that a group of European scientists has set a record for the highest sustained nuclear-fusion energy ever recorded," potentially putting forth a new, more efficient path towards incorporating nuclear power.

Other countries besides France have also begun to explore different possibilities for a nuclear renaissance. For instance, there have been many closures of US nuclear power plants in recent years, and no new plants constructed in the past 30 years. Instead, the country has seen increased investment in nuclear-powered small modular reactors.

Third Way: Why We Need To Save Our Nuclear Power Plants, February 3, 2022.

Greta Kvittem is a senior at Columbia University pursuing a degree in Sustainable Development. She has done climate organizing work with the university's Sunrise Movement hub in the past, and is currently an intern at World War Zero.