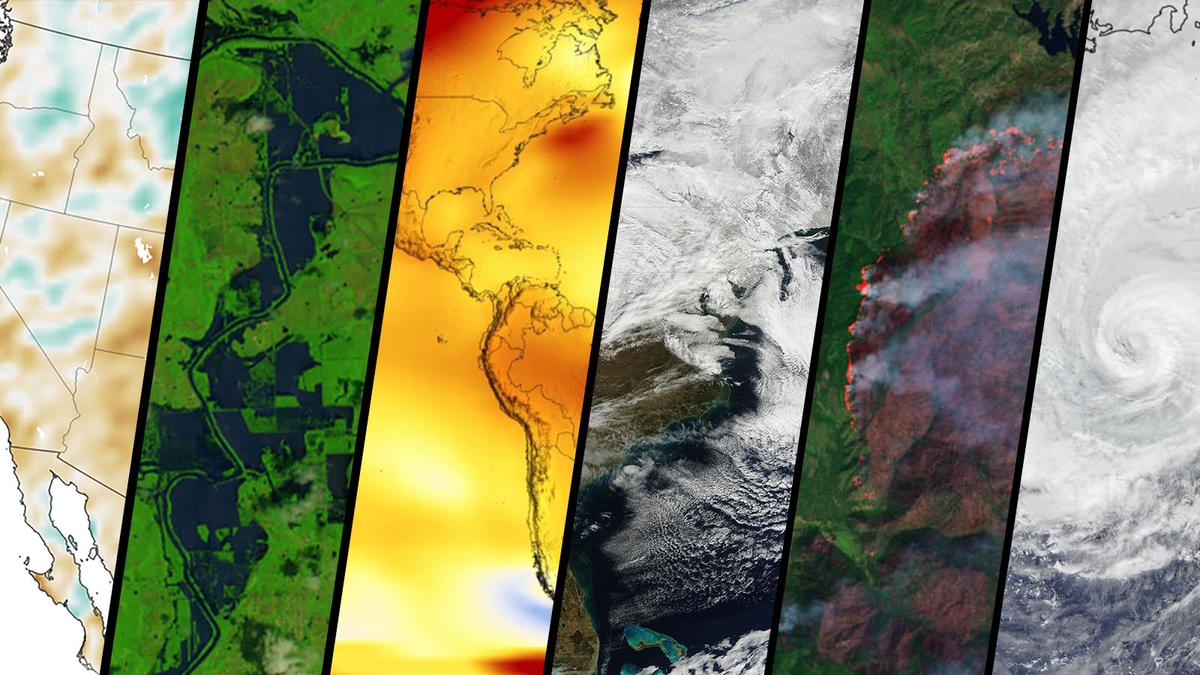 This year, the world has experienced some of the most severe extreme weather in history -- from hurricanes and heat waves to droughts, floods, and more. With climate change, the frequency and intensity of extreme weather events will continue to increase. This will not only impact the global population, but environmental and economical effects will become more far-reaching than ever.

In 2021, disasters with damages costing greater than $1 billion occurred more than any year in history. Scientists are calling this "the new normal."

Extreme weather disasters are pushing infrastructure to the limit across the globe. Hurricane Ida sent 75 million gallons of water into New York City's subway system; warming temperatures threaten the livelihoods of 15 million Russians living in homes built on now-melting permafrost; and portions of the US energy grid -- in Texas and beyond -- were pushed to the brink during the storms. Not only are damages to infrastructure costly -- they're deadly. While it is critical that governments begin investing now, improving infrastructure resilience is a massive endeavor that could cost as much as $20 billion per year by 2100.

Climate change, heat waves, and drought are inextricably linked. As temperatures rise, water evaporates, initiating a cycle of warmth and dryness that exacerbates drought-like conditions. In California, Colorado, and the Pacific Northwest, heatwaves and drought have threatened water and energy supply while heat-related illnesses killed hundreds.

With record-setting wildfires across the world, 2021 saw mass destruction of mature forests that also served as important natural carbon sinks. Fires in Siberia alone released more than 505 million tons of carbon into the atmosphere, ushering in a deadly "airpocalypse" and increasing the already rapid rate of warming in the Arctic. Amidst deadly heatwaves, California and the Mediterranean experienced the most severe wildfire seasons to date.

Guardian: The climate science behind wildfires - why are they getting worse?, August 20, 2021.

As global temperatures rise and weather patterns shift, food supply becomes more at risk across the world. In East and Southern Africa, small farmers -- responsible for production of one-third of the world's food -- are experiencing unreliable harvests due to longer droughts and hotter temperatures and in danger of experiencing massive food shortages. Other major impacts include damages to Louisiana's agriculture caused by Hurricane Ida in the amount of $584 million.

The World Bank projects that by 2050, climate change could displace 216 million people worldwide due to factors including sea level rise, water shortages, and crop failure. This crisis has already begun. Madagascar is facing the world's first famine caused entirely by climate change while coastal cities like Miami are seeing the threat of its effects, literally at reach their front door and still struggle to find a solution. And Afghanistan, currently the 6th most climate-insecure country in the world with millions of people at risk of starvation, is now experiencing the world's largest humanitarian crisis since the Taliban regained control.

According to the Department of Defense, climate migration on a massive and international scale poses a risk to national security, especially without a plan to address the crisis on a global scale.

Warming temperatures are proving to be a major hindrance to sports. While winter athletes are experiencing shorter seasons, athletes at the 2020 Olympic Games in Tokyo saw the city's heatwave jeopardize their athletic performance. And an analysis of Major League Baseball games found that the accuracy of pitch calls decreases with increased temperatures.

The link between climate change and tornadoes is more uncertain. But in the wake of recent storms, including a derecho-driven string that swept across the Midwestern US and left 500,000 households without power, scientists have stated that warming temperatures do play a significant role in severity.

Greta Kvittem is a senior at Columbia University pursuing a degree in Sustainable Development. She has done climate organizing work with the university's Sunrise Movement hub in the past, and is currently an intern at World War Zero.