The Fellowship Feels the Heat 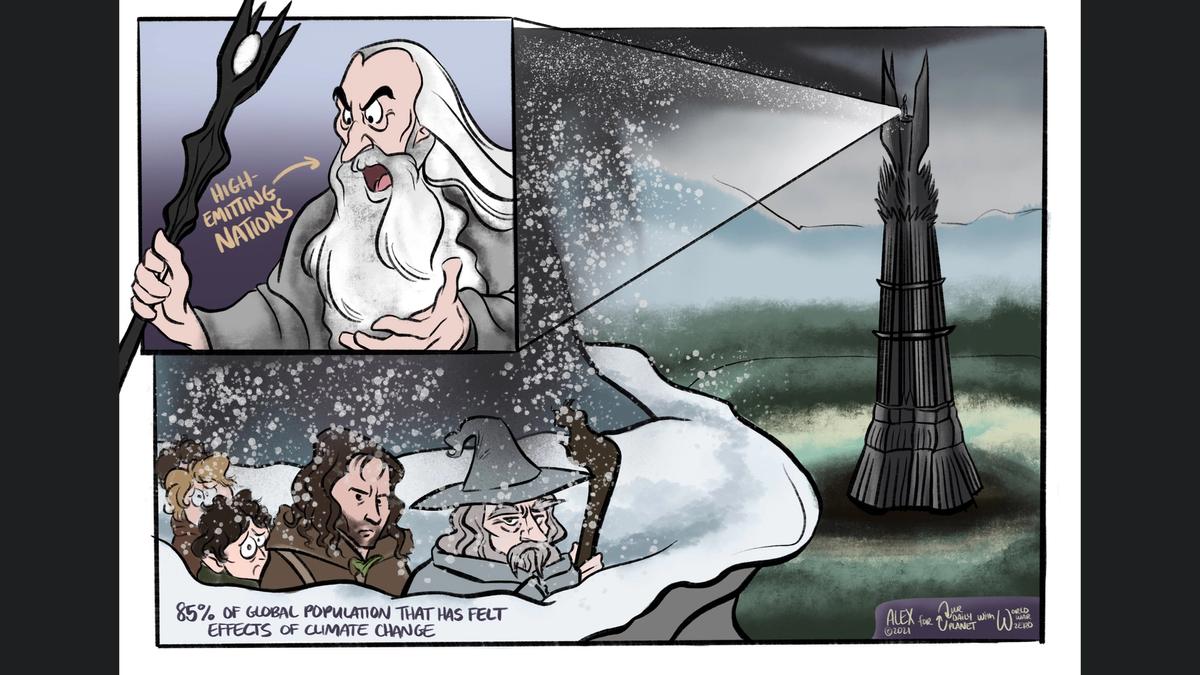 According to a new study published in Nature Climate Change, 85% of the global population is feeling the impacts of human-induced climate change. And while the world's most emitting (and wealthiest) nations lag decisive climate action, developing countries are bearing the brunt of climate fallout. If these big emitters don't step up to lead and meet the goals of the Paris Agreement -- soon enough, no one nowhere will be left untouched.

In the words of Galadriel, "The quest stands on the edge of a knife. Stray but a little, and it will fail, to the ruin of all. Yet hope remains while there's still time to stop putting so much CO2 in the atmosphere."