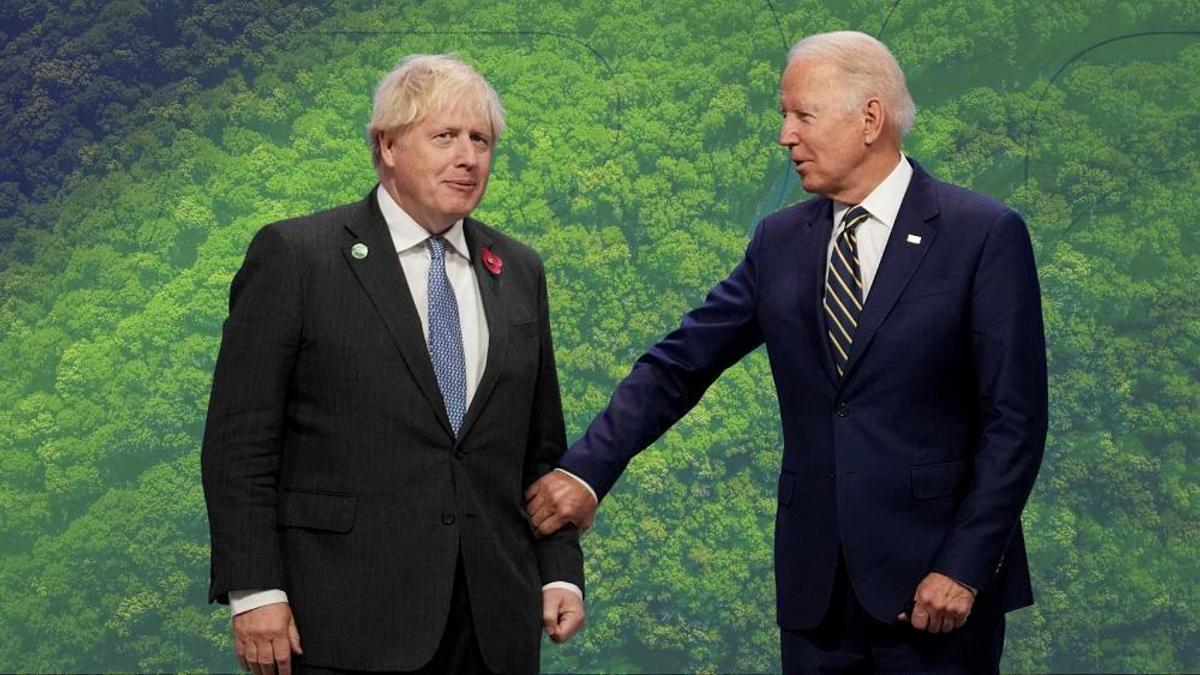 GLASGOW, Nov 2. -- Day two was a high-energy whirlwind of announcement as the World Leaders Summit portion of COP26 came to a close. Over 100 heads of state arrived in Scotland promising to work together to solve a problem of planetary proportions -- a problem that defies borders. Throughout the day, we heard unprecedented commitments from key countries to halt deforestation, reduce methane pollution, and set new net-zero commitments. Yet as bold as the commitments were, world leaders so far proved unable to settle on a shared commitment to phase out fossil fuel consumption fast enough to keep planetary warming under 1.5 degrees.

Forests were the biggest beneficiaries of the day, receiving long overdue pledges totaling $19 billion for forest protection from governments and the private sector. In his speech, President Joe Biden challenged the international community to fight forest loss "with the same seriousness of purpose as decarbonizing our economies." The 114 leaders representing 85% of the planet's forests committed to halting or reversing deforestation by 2030 through the Glasgow Leaders' Declaration on Forests and Land Use. This is a critical step forward, as deforestation for agriculture and urban development accounts for 11% of the world's CO2 emissions. Likewise, global forests already absorb one-third of the annual CO2 that humans release through burning fossil fuels.

We had the chance to slow down and speak with Professor Alexandre Antonelli from London's Kew Royal Botanic Gardens on the significance of this announcement. Antonelli summed it up: "We have to protect what's left, that's the number one priority... in parallel we need to restore more of those forests that have been lost."

However, many scientists, indigenous peoples, and grassroots organizations remain weary of the growing clout of forest carbon offsets within national net-zero strategies. The emissions calculation math suggests that natural climate solutions are not enough. Given the state of the crisis, we need to both rapidly decarbonize our energy sector and increase forest carbon drawdown. At this point in the crisis, it's not an either or.

More good news from Glasgow: 105 countries (including 15 major emitters and all together representing 46% of emissions) have signed the Global Methane Pledge to limit the release of one of the most potent greenhouse gases. A major priority for SPEC Kerry and the Biden Administration, if countries follow through on these promises, it could reduce projected warming by 0.2 degrees Celsius over the next decade alone.

The World Leaders Summit also saw new net-zero pledges from India, Nigeria, Vietnam, Thailand, and Nepal, all countries the US has focused on the last months. This means 90% of the global economy is now covered by net-zero commitments. The challenge is persuading these counties to go accelerate their commitments instead of pushing off changes towards mid-century. India has for years refused to reduce emissions, asking richer countries to take responsibility as the largest historical emitters. This week, India committed to net zero by 2070, with a 50% renewable energy portfolio by 2030. Still, 2070 feels impossibly far away for many young people who are already suffering the consequences of climate chaos with catastrophic wildfires, drought, crop failure, and sea level rise.

With heads of state returning home, the fate of COP26 lies in the hands of the diplomats who will be working long hours for the remainder of the summit to negotiate final language on carbon markets and climate adaptation financing. Tuesday was a huge step forward, but it does not in itself not make up for the decades of inaction that have left the world hotter and more vulnerable than ever before.

See our coverage of the previous day at COP26