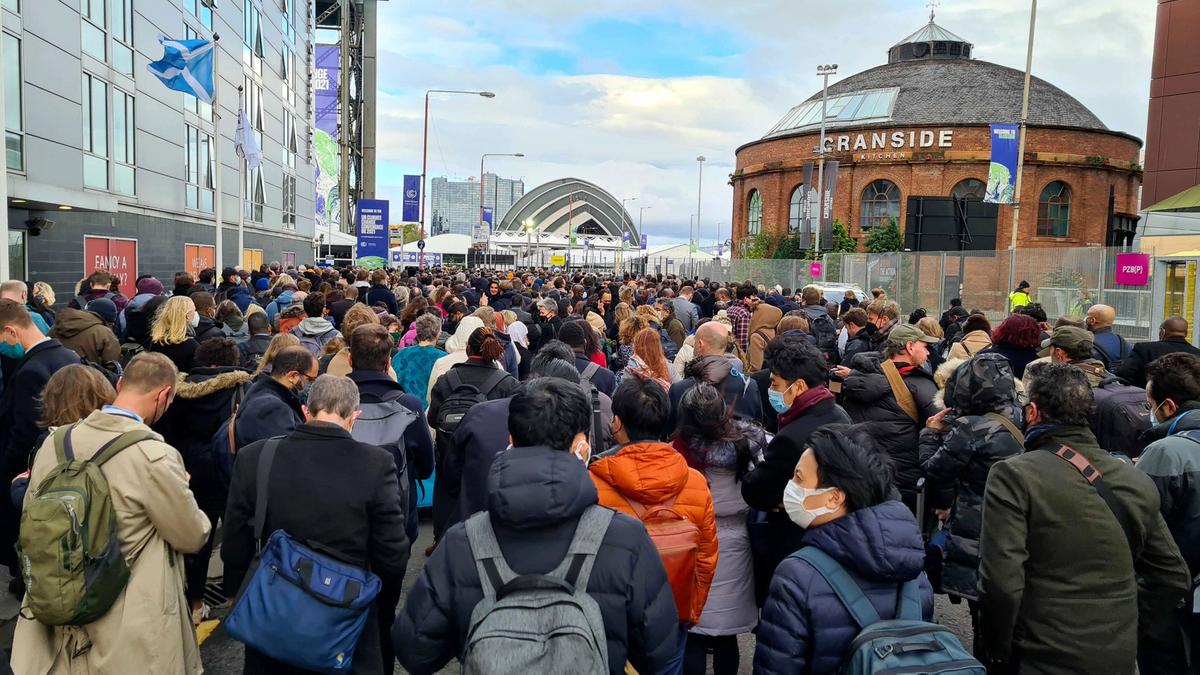 A recent UN report shows that even if nations follow through on their recent emissions reductions pledges, the world is on track to warm at least 2.7 degrees Celsius this century. The urgency in the room was potent. Barbados Prime Minister Mia Mottley directed her remarks to the wealthy countries in the room responsible for the majority of the world’s emissions: "Code Red! Code Red to the G7. Gode red to the G20. Earth to COP. For those who have eyes to see, for those who have ears to listen -- 1.5 is what we need to survive. Two degrees is a death sentence to the people... of Barbados."

President Biden's arrival at COP26 marked the beginning of a new era of US involvement in climate negotiations. Former President Trump never made it to the climate talks; at best he sent a delegation of fossil fuel industry representatives to speak about clean coal. "I guess I shouldn't apologize," Biden said in an event yesterday, "but I do apologize for the fact that the United States, in the last administration, pulled out of the Paris Accords and put us sort of behind the eight ball." The US delegation is coming with less concrete climate policy than they had hoped, with Senators Manchin and Sinema continuing to block major climate legislation.

As President Biden spoke inside the plenary hall, US youth delegates and climate justice advocates staged a protest outside the barricaded entrance to the venue. "Instead of using the executive powers at his fingertips, Biden is falling prey to polluters' 'net zero' delays and distractions like carbon capture," said Jean Su, energy justice director at the Center for Biological Diversity. "We are out of time for the president to take his executive powers off the shelf."

Inside and outside the halls, youth are driving the pressure for urgent actions. The 16th UN Climate Change Conference of Youth ended Sunday, culminating in a Global Youth Position Statement, urging world leaders assembling at COP26 to "provide the necessary policy frameworks to win our fight for 1.5 degrees Celsius." With day one's pomp and circumstance over, the world is watching to see if these leaders will finally "step up their game."