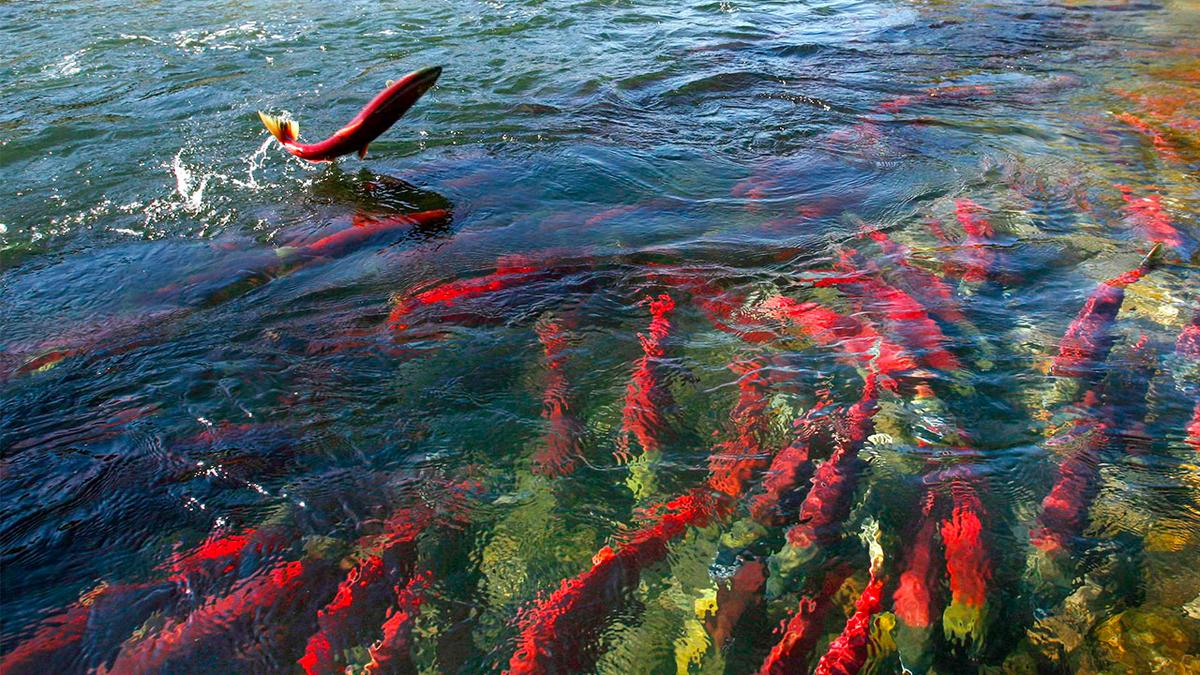 The West’s extreme heat hasn’t just affected humans; it has also impacted some of the region’s most crucial species, including the Chinook salmon. Salmon are a cold water species, stressed and unable to survive in waters that are 58 degrees and higher. In their Pacific Northwest habitat, creeks and rivers warmed to as high as 72 degrees last year and stayed above suitable temperatures for over a week.

As another summer looms on the horizon, environmental advocates are calling on state and local governments to protect this important species.

The salmon population has been dwindling for years, in large part due to climate change. In Puget Sound, Chinook salmon harvests went from over 400,000 a year in 1985 to less than 100,000 in 2022. It’s not just warmer water putting salmon at risk -- intense flooding and rising waters could sweep away the species’ young, nests, and eggs. Environmental organizations have implored the state to restore and protect salmon habitats, manage flow levels and water temperatures, and maintain the diversity of salmon runs.

Chinook salmon are particularly important to Washington’s Indigenous populations like the Duwamish, who have relied on it as a food source for thousands of years.

“Salmon are a key species in Puget Sound. They’re kind of like the lynchpin in the middle of the food web that we have. We have to keep them around,” Duwamish Tribe member James Rasmussen told Fox13 Seattle. "When you look at all the animals, especially the ones that are from here, they are like my cousins, aunties and uncles.”