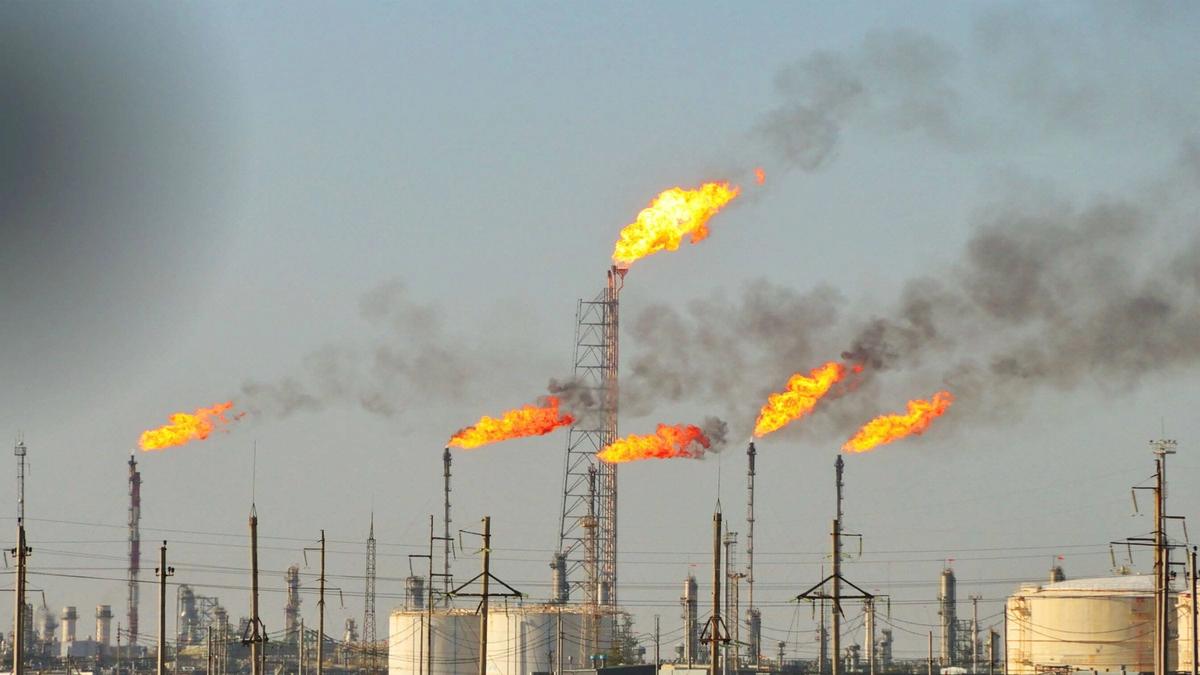 Two weekends ago, Texas had its first blast of cold weather. While it didn't lead to blackouts like last winters catastrophic storm, it did destabilize the state's gas production -- instruments froze and gas production fell to the lowest levels since last February. As reported by Bloomberg, according to filings with the Texas Commission on Environmental Quality (TCEQ), production facilities burned or wasted 1 million cubic feet of gas on Sunday due to effects of the cold front.

"I think it means the gas system’s not ready for another cold snap," Michael Webber, an energy resources professor at the University of Texas at Austin, told The Texas Tribune. "It wasn’t even really cold.

Last weekend marks the second time in less than a year that the fossil fuels powering Texas have proven less reliable than they're made out to be. In winter, most of the state's electric production comes from gas. During last winter's storm, power generation from coal and gas was hit particularly hard because freezing temperatures impacted the water used in power plants as well as mining, distribution, and storage of the fossil fuels. After the states's first cold blip of the new year, it appears Texas isn't prepared for another winter storm like the one they experienced last year. With climate change making extreme weather events more likely, Texans need an energy system that will keep their heat on, lights bright, and refrigerators running.

One more time for the people in the back: the wind turbines weren't the reason Texans were left cold in their homes. (And that image of a helicopter de-icing a turbine was taken in Sweden in 2014!)

In an article by Dave Roberts and published in WW0's Front Lines, the situation was "characterized as a grid crisis, but it was actually a generation crisis." -- like what happened this weekend when gas production dropped, last year's storm was a problem that originated before energy hit the grid. Two-thirds of the state's power comes from natural gas and coal. Last year, the natural gas wells and pipelines froze, cutting normal production by about 20%.

It is possible to have a gas plant that operates in the cold. They just need to be weatherized, which was recommended for plants in Texas after rolling blackouts in 2011. But steps to weatherize were only recommended -- not required -- and few generators had taken them.

According to Roberts, Texas needs to work toward resilience at three levels:

1. Improve the existing energy system: Even as the state works toward decarbonization, it should keep current energy systems as reliable as possible through weatherization and other measures.

2. Improve local resilience: Using distributed resources like batteries can help smooth out demand. So can microgrids, smaller grid networks that can operate independently of larger ones -- like Texas's state grid.

3. Improving interconnection: While microgrids can be nimble at reliably providing energy for a small area, Texas operates its own grid separate from the connected regional grids that cover most of the rest of the US. El Paso, for example, is on the larger Western Interconnection grid instead of the Texas one and survived last year's storm just fine by importing power from neighboring states.