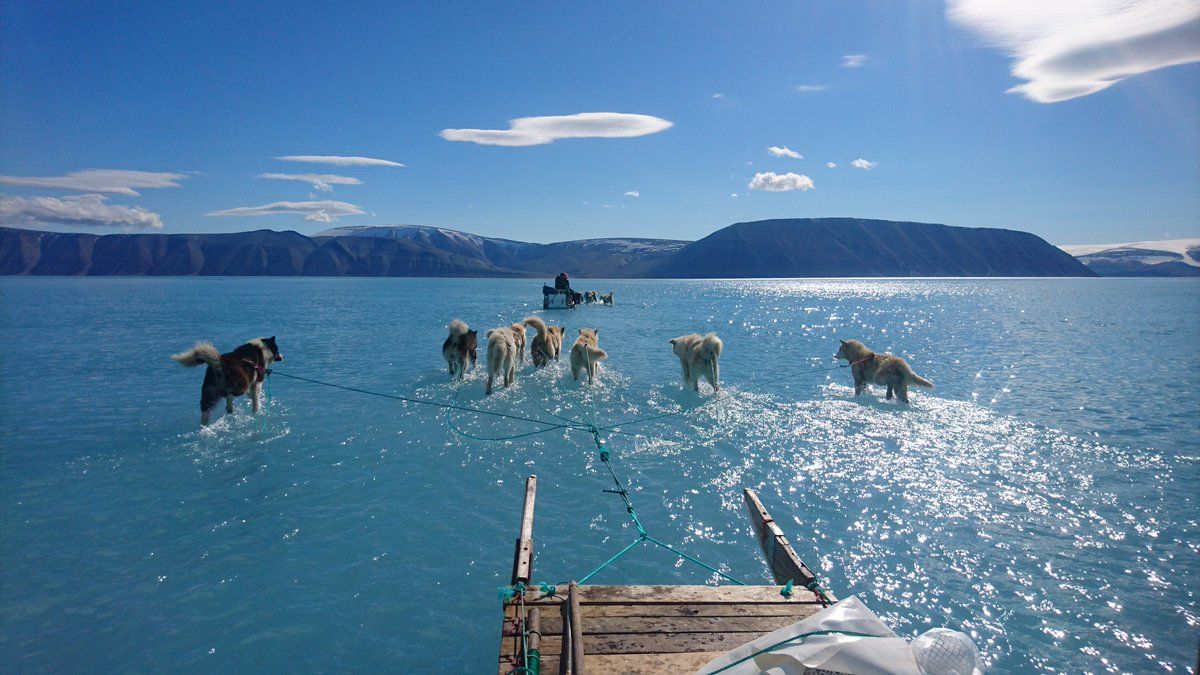 Additionally, melting Arctic ice is also leaking "forever chemicals" into our oceans as PFAS settle there after being released into the atmosphere.

Temperatures in the Arctic are increasing two to three times faster than in the rest of the world, meaning glaciers and ice sheets are melting at breakneck speeds. The consequences of this -- rising sea-levels, habitat destruction, the elimination of freshwater sources -- are devastating, and, in some cases, directly kill people.

Greenland's melting ice sheets alone have contributed to a 14mm rise in global sea levels and, if melted completely, could raise global sea levels by 23 feet, threatening coastal communities across the globe. Greenland, though, can't stop the melt alone. It needs the help of the global community to save the ice sheets.

According to Polar Portal, which represents Danish Arctic research institutions, Greenland's ice sheet is shedding more water. Experts say this may be caused by an increase in rainfall, which accelerates melting, increases runoff, and prevents refreeze. As weather and temperature continue to change, melted areas will only grow larger and more dangerous, as they start releasing harmful chemicals -- known as PFAS -- into the water.

PFAS typically seep into the environment through solid plastic pollution, or as the gas byproduct of industrial processes. Once released into the atmosphere, they can travel far and wide, often settling in the Arctic, where they become concentrated in salty, briny waters, spelling trouble for marine health. This is all made worse by the cycles of melt and thaw that increase water salinity.

"The changing nature of sea ice, with earlier and erratic periods of thaw, could be altering processing and release of pollutants alongside key nutrients, which in turn affects biota at the base of the marine food web," said environmental chemist Crispin Halsall from Lancaster University in the UK.

Greenland has recently taken drastic action by suspending all oil exploration. The nation hopes that investing in renewable energy will preserve its ice sheets and stimulate its economy. However, rising temperatures in the Arctic can only be stopped with the action of some of the world's largest emitters, and US Climate Envoy John Kerry said Tuesday that he's "not confident" the world is moving fast enough to prevent further catastrophe.