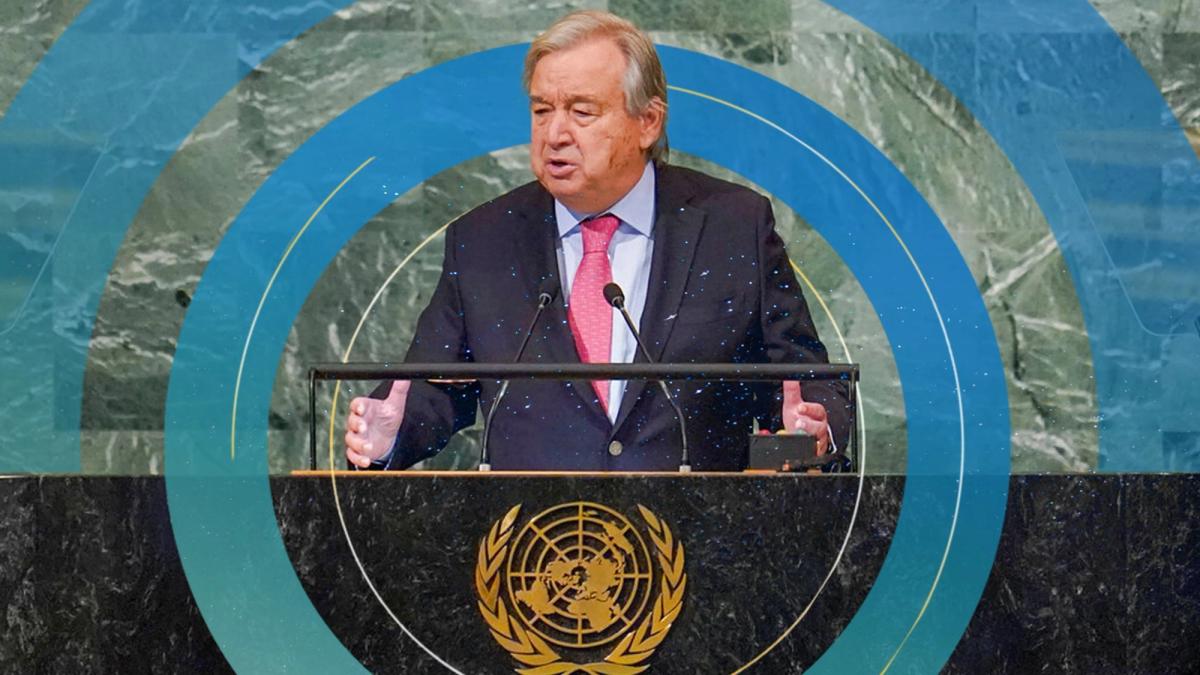 Wealthy countries like the US and China are the world’s biggest polluters and contributors to climate change, but developing nations bear the brunt of the damage, even when their emissions levels are low. To solve this disparity, UN Secretary-General António Guterres proposed a windfall tax on fossil fuel companies, from which proceeds would be distributed to countries suffering the most from climate change.

Guterres presented this notion on Tuesday during his speech at the UN General Assembly, where vulnerable countries proposed a “climate-related and justice-based” global tax on rich countries to pay for “loss and damage.” It came as part of a discussion paper that also weighed the pros and cons of a global tax on carbon, plane travel, heavy pollution from ships, fossil fuel extraction, and financial transactions. Also on Tuesday, Denmark announced that it would devote $13 million worth of reparations for “loss and damage” from climate change, becoming the first UN member to pledge compensation for the consequences of emissions in the developing world.

“We have a rendezvous with climate disaster … The hottest summers of today may be the coolest summers of tomorrow. Once-in-a-lifetime climate shocks may soon become once-a-year events,” said Guterres. “The climate crisis is a case study in moral and economic injustice.”

The discussion topic of loss and damage is getting a head start on this year’s COP27, where it is sure to take center stage, and experts predict it will spur even more contentious talks than it did at COP26. For years, activists and developing nations have been working on getting rich countries to take fiscal responsibility for the effects of their pollution. With the fossil fuel industry more profitable than ever and devastating extreme weather hitting vulnerable populations worldwide, these demands are growing more urgent.

The fossil fuel tax proposed by Guterres could help make 2022 “a year of accountability” for rich nations -- something President Whipps, from the Republic of Palau, called for earlier this year.

Devastating monsoons throughout the summer brought record flooding to Pakistan, a country responsible for less than 1% of the world’s emissions. At one point, one-third of the nation (with its population of 220 million) was underwater, leaving more than a million homes destroyed. Infrastructure such as roads, railways, and bridges was also damaged or wiped out. At least 33 million people have been affected by the floods, and the death toll, nearing 1,600, is still rising due to water-borne illnesses. The country’s planning minister has estimated that the damages will cost $30 billion -- more than 11% of Pakistan’s GDP.

Pakistan’s climate change minister Sherry Rehman called for an “immense humanitarian response.” In an interview with the Guardian, she stated: “There is so much loss and damage with so little reparations to countries that contributed so little to the world’s carbon footprint that obviously the bargain made between the global north and global south is not working.”

UN: 'Pakistan is paying the price of something that was created by others' | UN Chief message, ﻿September 12, 2022.

The Newsmakers: Are rich nations responsible for Pakistan’s Floods?, September 5, 2022.﻿