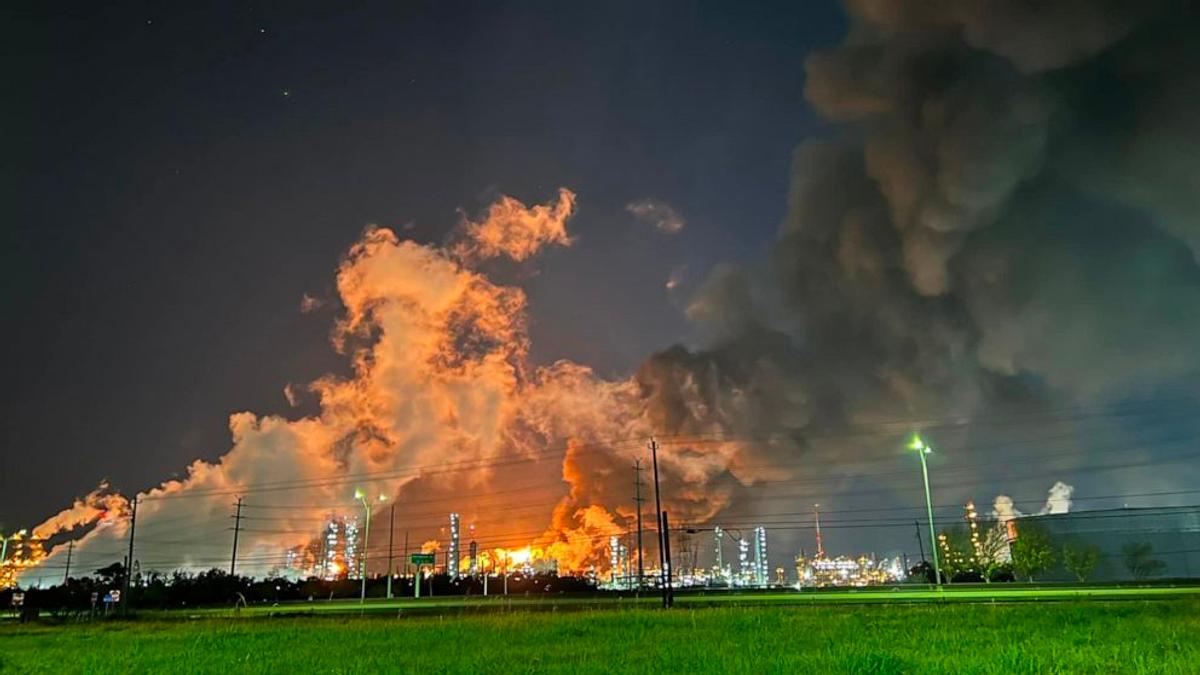 A giant plastic plant in Texas, called Gulf Coast Growth Ventures (GCGV), has broken emissions guidelines on eight separate occasions in the past seven months, spewing contaminants into the air without seeking approval from the Texas Commission on Environmental Quality (TCEQ). The plant is a joint venture between ExxonMobil, America’s largest energy company, and Saudi Basic Industries Corp (SABIC), a petrochemical company run partly by the Saudi royal family. It also represents the oil industry’s pivot into plastic manufacturing as fossil fuel companies brace for losing market share in energy generation. The International Energy Agency (IEA) estimates that petrochemicals will account for more than a third of the growth in world oil demand by 2030, and almost 50% by 2050.

Plastic and other forms of petrochemical manufacturing are emissions-intensive and poisonous to communities nearby. Plastic has a huge environmental footprint driven by coal combustion used during production, placing it among the top-two energy users in the manufacturing sector. Plastics could even eclipse coal’s impact on climate change.

While recycling should reduce the harms of plastic production, a report from the Organization for Economic Cooperation and Development (OECD) found only 9% of the 353 million tons of plastic produced in 2019 was recycled into new material. The rest was either burned, put in

PBS: How the Plastics Industry Used Recycling to Fend Off Bans, March 31, 2021.

PBS: How the Plastics Industry Used Recycling to Fend Off Bans, March 31, 2021.

ENDEVR: What Is Behind a HUGE Landfill in California | Secrets of Mega Landfill (Documentary), October 10, 2021.

The upside is that new laws have been enacted to reduce plastic use overall. The city of Los Angeles implemented a ban on single-use plastic, while the Department of the Interior passed a law that will phase out single-use plastics in US national parks. In March, the UN Environment Assembly unanimously voted to develop a treaty to end plastic pollution worldwide.

CNBC: How Amazon, American Airlines And Subaru Burn Waste To Make Energy, May 14, 2022.

The Health Impacts Of Plastic

Plastic pollution is highly localized, with Texas and Louisiana bearing the brunt of the contamination. The communities affected tend to be poor and predominantly non-white, as a study from Beyond Plastics found that people who live within three miles of plastic manufacturers “earn 28% less than the average US household and are 67% more likely to be people of color.”

Other SABIC plants across America have been riddled with leaks, releasing toxic chemicals that have been linked to cancer, fetal mutations, and respiratory diseases. Between 2016 and 2020, SABIC plants were among the top emitters of at least seven toxic substances, and the company has paid over $1 million in fines for skirting EPA guidelines. For instance, a SABIC facility in Illinois emitted an average of 120,512 pounds of styrene (a carcinogen known to harm the human brain even at low levels) every year for half a decade.

But TCEQ rarely penalizes companies for violating emissions limits. From 2011 to 2016, the board enforced less than 3% of excess pollution violations, tacitly permitting a total of 500 million pounds of illegal air pollutants to enter the atmosphere.

“There are some Third World countries that have better regulations than we do here in Texas,” Elida Castillo told Grist, a community organizer with Chicanos Por La Causa, a nonprofit that fights for equity in health and education in Texas and throughout the Southwest.

Our Changing Climate: Why Plastic Pollution Is Even Worse Than You Think, April 23, 2021.

CNBC: How ExxonMobil Will Survive In The New Climate Reality, June 24, 2022.