Old Faithful Could Be Less Faithful Due to Climate Change 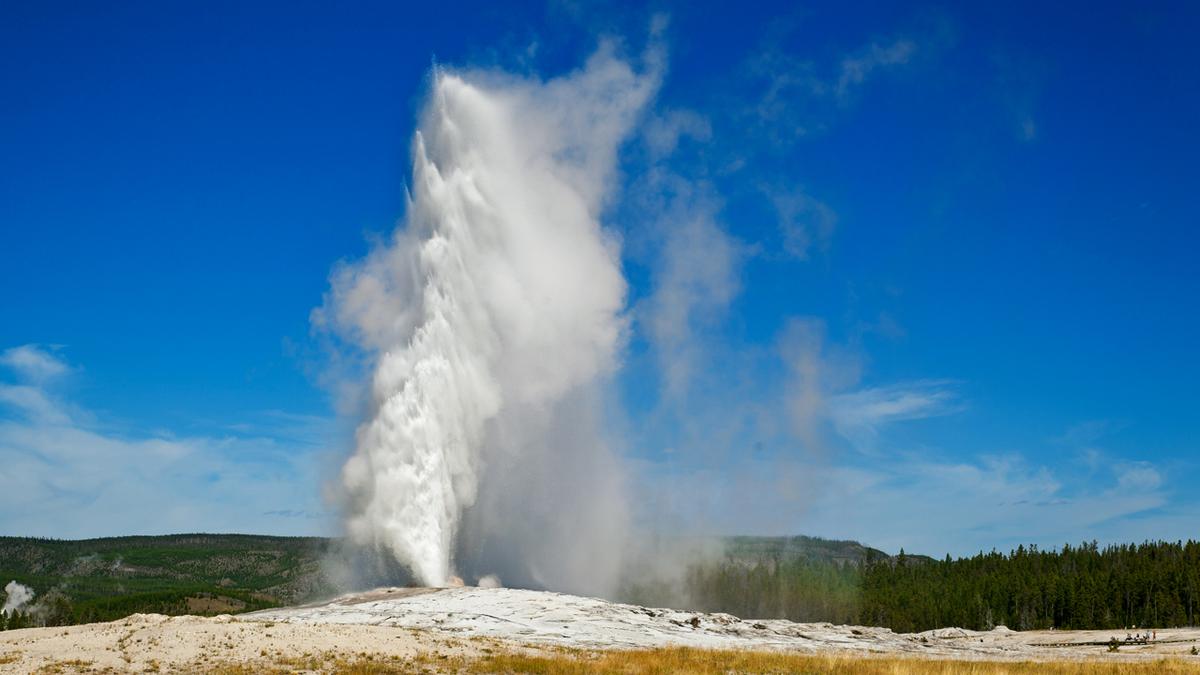 Yellowstone’s Old Faithful is, like its namesake, known for being reliable. For the past 135 years, the geyser has regularly shot water into the air, delighting park visitors every 90 minutes. Only about 1,000 geysers are known to exist worldwide, as their formations require very specific conditions where high heat, plenty of water, and underground crevices all coincide and force water upward. According to a recent climate assessment of the park and its surrounding area, Yellowstone is currently the warmest it’s been in an estimated 800,000 years, and the region is still experiencing a record-breaking drought. Shifts in rainfall, snowmelt, and temperature brought about by climate change could impact the necessary conditions for the geyser’s activity, making Old Faithful erupt less frequently -- or possibly not at all.

The regularity of Old Faithful is one of the many aspects of American life that will change alongside a warming climate. From rising eroding cliffs that are home to historical New England lighthouses to cornfields in the Midwest that could be wiped out by the end of the century, features associated with "American life” are being impacted and possibly destroyed for good by the climate crisis.

There is a certain level of warming already baked into future effects because of existing atmospheric emissions. But over these next few years, ramping down fossil fuel use is critical to preventing the worst possible outcomes for US national parks, agriculture, and citizens -- and the world as a whole.

America’s National Parks have been called the country’s "best idea,” but their boundaries don’t make them impervious to climate change. Yellowstone, the oldest national park in the system, has been experiencing warmer temperatures, less snowpack, and earlier springs since 1950.

"Climate is going to challenge our economies and the health of all people who live here,” said Cathy Whitlock to Yale Environment 360. Whitlock is a Montana State University paleoclimatologist and a co-author of the Greater Yellowstone Climate Assessment published last year.

Other parks in the West have already seen climate-caused changes to the very things they’re known and named for, such as the rapidly melting glaciers in Glacier National Park and dying Joshua trees in Joshua Tree National Park.