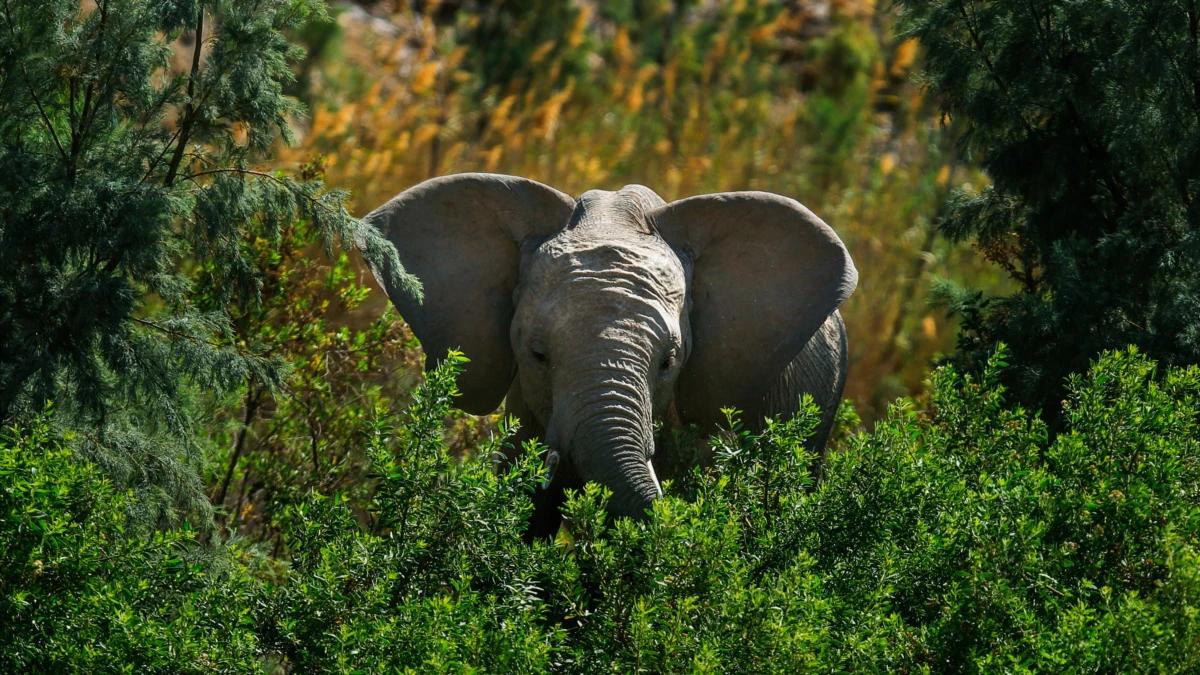 When most people think of elephants, they imagine the African savannah elephant -- three meters tall with giant ears and distinguished family clans. But their cousins, the smaller and lesser-known African forest elephants, are solitary creatures found in the dense rainforests in West and Central Africa. And they’re known for their insatiable and destructive eating habits: trampling plants and small trees, stripping bark off of vulnerable saplings, and digging deep for roots as they devour the forest’s lush vegetation. Still, these elephants are a vital part of the ecosystem because they help the forest’s trees store greater amounts of carbon. These “mega-gardeners of the forest” provide a net increase of 9,500 metric tons of carbon captured per square kilometer per elephant.

African forest elephants are currently listed as critically endangered by the IUCN Red List, with a population decrease of 86% in the last 31 years. Poaching, deforestation, and habitat conversion are all factors in their decline, which in turn hurts the forest’s ability to capture carbon. While governments and companies worldwide try to find ways to cut carbon emissions with the help of technology, they should also focus on conserving these elephant stewards, who have facilitated natural carbon capture for centuries.

“A living elephant provides services worth millions, it is helping us fight climate change and is worth much more alive than dead,” writes Ralph Chami, assistant director of IMF’s Institute for Capacity Development.

African forest elephants are among the species scientists refer to as “ecosystem engineers,” which means they are a vital part of a trophic web. Ecosystem engineers reshape their environment and make lasting impacts on the landscape; they are highly influential to their ecosystem’s stability. Typically, these “engineers” increase environmental heterogeneity through their services, which stimulates more niche opportunities and biodiversity within their ecosystem. Forest elephants naturally thin the rainforest when they trample young trees, competing for resources. The unharmed and unconsumed vegetation gains significant opportunity to grow taller and larger, giving the forest more carbon storage capacity. Conservation of these magnificent creatures and other ecosystem engineers worldwide is vital to the health and stability of global environments and could be crucial to finding new climate solutions.