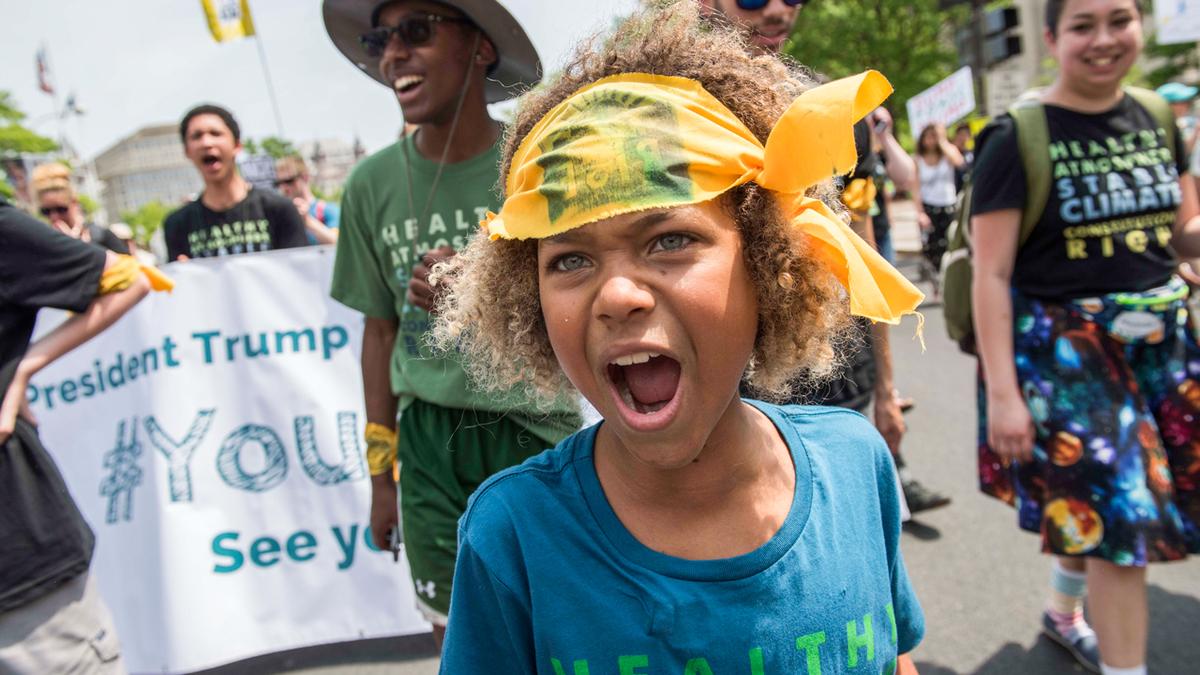 One year from now, Held v. State of Montana, the first youth-led climate change lawsuit, will have its day in court. The trial date for the 16 young people is set for Feb. 6, 2023. Their lawsuit argues that Montana's fossil fuel-dependent energy policies are unconstitutional because they deny current and future generations their constitutional right to a "clean and healthful environment."

"Montana has a long history of promoting fossil fuels and exacerbating the climate crisis, and we are hopeful our case could turn over a new leaf for the state and its youth," Melissa Hornbein, an attorney for the plaintiffs and senior attorney at the Western Environmental Law Center, told E&E News.

Young people today suffer an "intergenerational inequality" created by climate change: while everyone lives with the consequences of carbon pollution today, kids today will likely live through three times as many climate disasters as their grandparents did. Last year, every county in Montana experienced drought, and the state had an active wildfire season. Worldwide, over half of young people are "extremely worried" about climate change and feel betrayed by their governments' inaction. Lawsuits like Held v. Montana are one of the many ways young people are taking it upon themselves to hold their governments accountable and change their courses of action.

In the US, the Montana case is one of many climate lawsuits brought by young people and pursued by the nonprofit Our Children's Trust. Another of their cases, Juliana v. United States, claims that the federal government's actions caused climate change and violated young people's constitutional rights to life, liberty, and property. The Juliana case doesn't have a trial date yet.

Internationally, some young people have already had success in court: in April last year, Germany's highest court ruled that the country must make more detailed, long-term plans to hit its targets for net zero by 2050. The previous plan only laid out a trajectory until 2030, which the plaintiffs said was insufficient.