Would Dr. King Have Had a Green Dream? 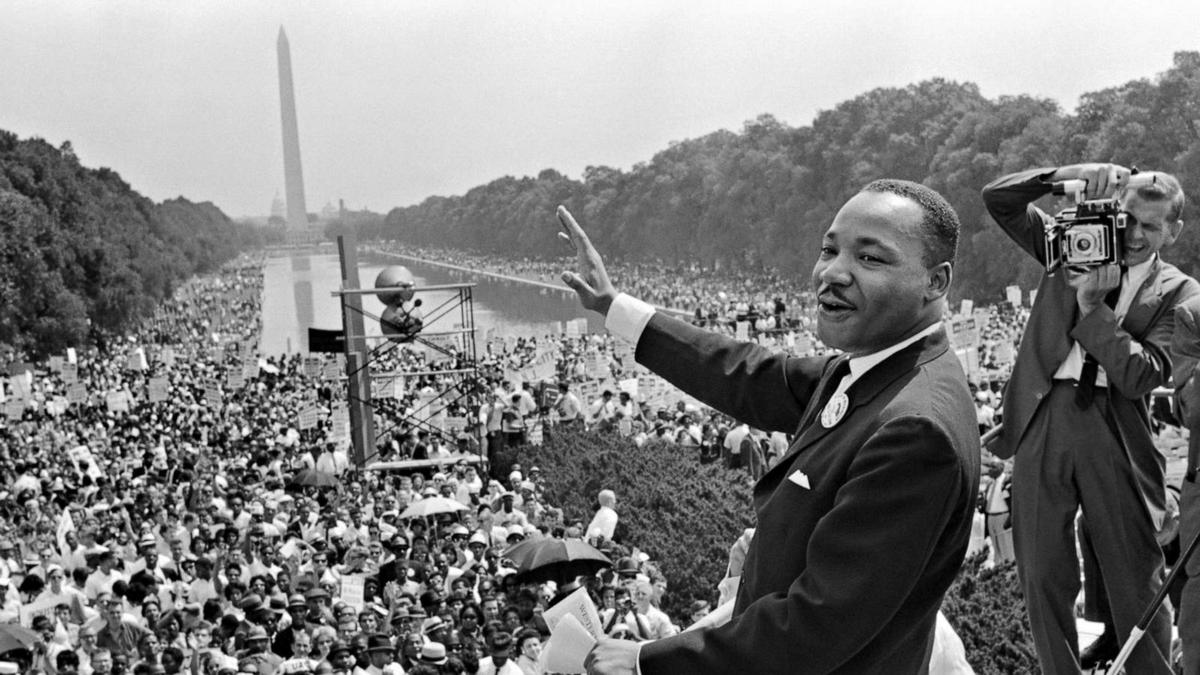 In many cities across the United States, the Martin Luther King Jr. holiday has become a galvanizing force for events highlighting the ongoing struggle for environmental justice. In Kansas City, MO, for example, marchers took to nature trails in heavily Black communities to pick up trash and debris. In Chicago -- where Dr. King organized sanitation workers to join his Poor People's Campaign -- the Forest Preserves of Cook County President held an MLK Day of Service: Give Back to the Land event, focused on clean-up and ecological preservation. And in New Mexico, climate activists commemorated the holiday by marching to the state capital in Santa Fe, calling on lawmakers to take bold action to combat climate change. One of the march’s organizers, Robb Hirsch who founded the Climate Change Leadership Institute, said it's appropriate for people to rally for climate action on MLK Day." It's really perfect on Martin Luther King Day to have the community rise up in a nonviolent, peaceful manner," said Hirsch, "climate change is a civil rights issue of our time -- because while it affects everyone, those most likely to be affected are people of color and of lower income."

What Would Dr. King Have Done?

Dr. Martin Luther King was killed two years before the first Earth Day brought environmentalism into the modern consciousness as a movement. Terms like "environmental racism" or "environmental justice" were not yet part of the national lexicon when he was assassinated in Memphis on April 4, 1968.

Still, many of today's most committed climate activists see their work as a direct extension of King's, while others say King's teachings offer a global guide for a world that is struggling to address the climate crisis.

"MLK showed us the power of the voices of ordinary people -- not the powerful or wealthy, but the underprivileged, the ordinary, and the oppressed," said Katharine Hayhoe, an atmospheric scientist, evangelical Christian, and author of the new book, Saving Us: A Climate Scientist's Case for Hope and Healing in a Divided World. Their voices changed the world before, and I believe their voices will change the world again."

Indeed, King's words and writing have helped reshape an environmental movement that shifted away from an "almost exclusive focus on wilderness protection and preservation and toward urban life, public health, and Black experience," said Norman Wirzba, a professor of theology at the Duke University Divinity School. In other words, the environment is wherever all people live and work, Wirzba said.

"It isn't just where a few privileged, mostly White people go to vacation and recreate," he said. "King understood that the struggle for equality is expansive and all-inclusive."

That kind of thinking explains why King's focus broadened to take in questions of sanitation workers, foreign wars, and working conditions, Wirzba added.

King's expansive perspective can be found in one of his most famous writings, the 1963 "Letter from Birmingham Jail," which he wrote after being incarcerated following nonviolent protests.

"Injustice anywhere is a threat to justice everywhere," King wrote. "We are caught in an inescapable network of mutuality, tied to a single garment of destiny. Whatever affects one directly, affects all indirectly."

It isn't hard to imagine that if Dr. King were still alive today, he'd be marching with FridaysForFuture, or the many youth and activist groups committed to eradicating environmental racism and injustice, and reaching net-zero for the benefit of all people. What might Dr. King have said about climate deniers? His own words are instructive: "Nothing in all the world is more dangerous than sincere ignorance and conscientious stupidity."