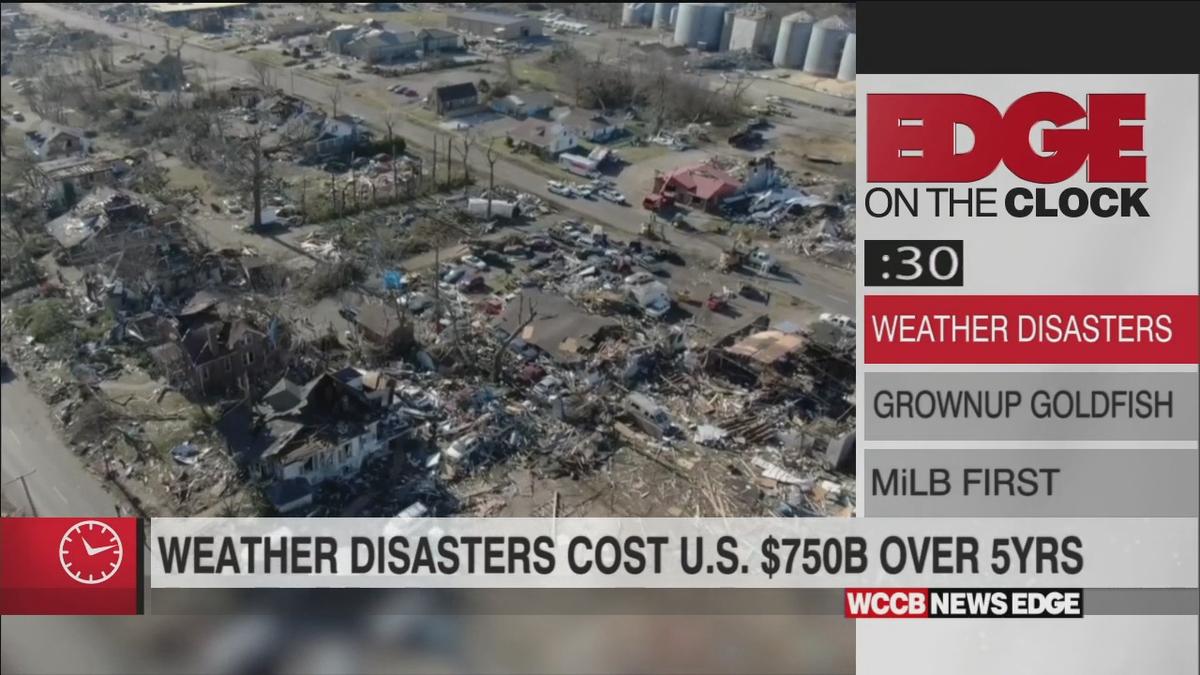 Supercharged extreme weather has cost the United States $750 billion dollars in the past five years alone, according to a recent analysis by NOAA. Even in this context, last year was exceptional as the price tag on climate disasters came in at $145 billion.

As Rachel Licker, a senior climate scientist with the Union of Concerned Scientists said to CNN, "2021 was, in essence, watching the climate projections of the past come true."

The fate of Build Back Better remains in jeopardy, though experts say the act contains policy necessary for the US to achieve its climate goals, remains in jeopardy. Senator Joe Manchin, whose resistance threatens to tank the bill, cites what he calls too high of a price tag: $555 billion dollars over 10 years. Meanwhile, experts note that the cost of climate disasters already far outweighs that figure -- the US has paid $750 billion over past 5 years.

During a visit to the Colorado town destroyed by the Marshall Fire, President Biden stressed the importance of tackling climate change, saying the blazes were "a blinking code red" due to the area's drought conditions, high winds, and lack of snow. Further stating, "we can't ignore the reality that these fires are being supercharged by a change in weather."

Turning Up the Heat

In the US, the Marshall Fire came on the heels of a year dominated by extreme weather in all regions. The West endured another round of severe drought that has yet to end; the destruction of Hurricane Ida, one of the worst hurricanes in US history, left a path of destruction stretching from the Gulf Coast up the Eastern Seaboard; and in December, an outbreak of tornadoes tore through the Midwest, destroying over 1,000 homes and killing 93.

Without intervention, extreme weather shows no signs of slowing down. According to the EU’s satellite system, the past seven years have been the hottest on record, and 2021 was the fifth-hottest year in recorded history. Carlo Buontempo, Director of the Copernicus Climate Change Service told the BBC that these high temperatures are "a stark reminder of the need to change our ways, take decisive and effective steps toward a sustainable society and work towards reducing net carbon emissions."

Channel 4: This is what a year of climate disasters looked like, October 5, 2021.

Elizabeth Love is a writer and editor at World War Zero, and a graduate of Columbia University. Her writing has appeared in Vox, The Huffington Post, and Teen Vogue.