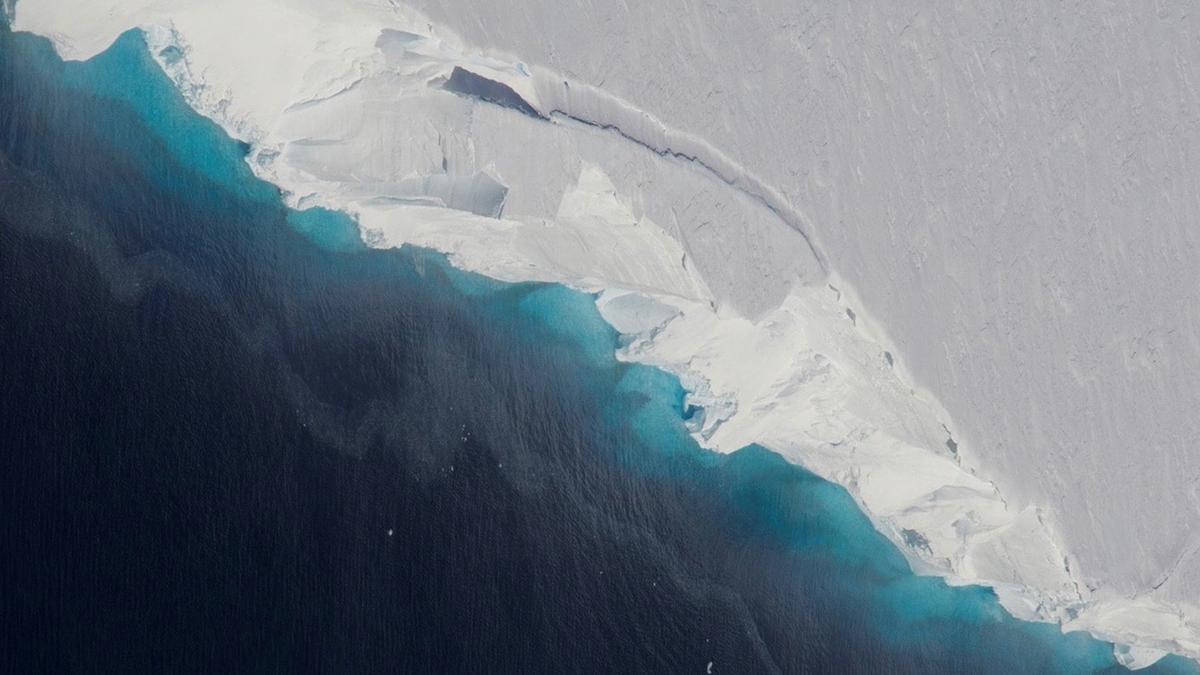 An ice shelf in Antarctica -- currently preventing the Thwaites Glacier (aka the "Doomsday Glacier") from falling into the ocean -- could collapse within 3-5 years, according to new research presented by glaciologist, Erin Pettit, to the American Geophysical Union (AGU). If the shelf does collapse, it's projected to torrents of ice and increase global sea level rise by up to 25%.

Major events in the Antarctic and Arctic affect the whole world. According to CNN, rapid sea level rise, like that resulting from the collapse of the shelf, could devastate coastlines globally and low-lying islands in the South Pacific. Other potential consequences include damage to sewage systems and water supply contamination. And, melting permafrost due to rising and record temperatures can release greenhouse gases, adding to the earth's warming and creating a vicious feedback loop.

All this confirms past assessments have been too conservative in their estimations and that the Arctic is warming faster than previously thought.

Rick Spinrad, a scientist at the National Oceanic and Atmospheric Administration (NOAA) acknowledged the high stakes to reporters on Tuesday, stating: "The Arctic is Earth's air conditioning. Billions of people rely on its moderating influence on climate. We have a narrow window of time to avoid very costly, deadly and irreversible future climate impacts."

While the new findings indicate serious consequences, scientists emphasize that the outcomes of climactic events are unpredictable due to their novelty. Ted Scambos, senior research scientist at the Cooperative Institute for Research in Environmental Science (CIRES) and contributor to the study presented, told reporters, "We are watching the world do things we have never seen before." Adding, "There's going to be a dramatic change to the front of the glacier within less than a decade."

Anna Crawford, a researcher at St. Andrews Glaciology (STAG), echoed a similar sentiment: "we don't know if or when ice cliff failure is going to initiate. But we're certain the Antarctic is going to change."

Elizabeth Love is a rising senior at Columbia University, where she has done climate organizing work on behalf of the Sunrise Movement. She is also an intern at World War Zero. Her writing has appeared in Vox, The Huffington Post, and Teen Vogue.