Another Year of La Niña May Extend the Western Drought 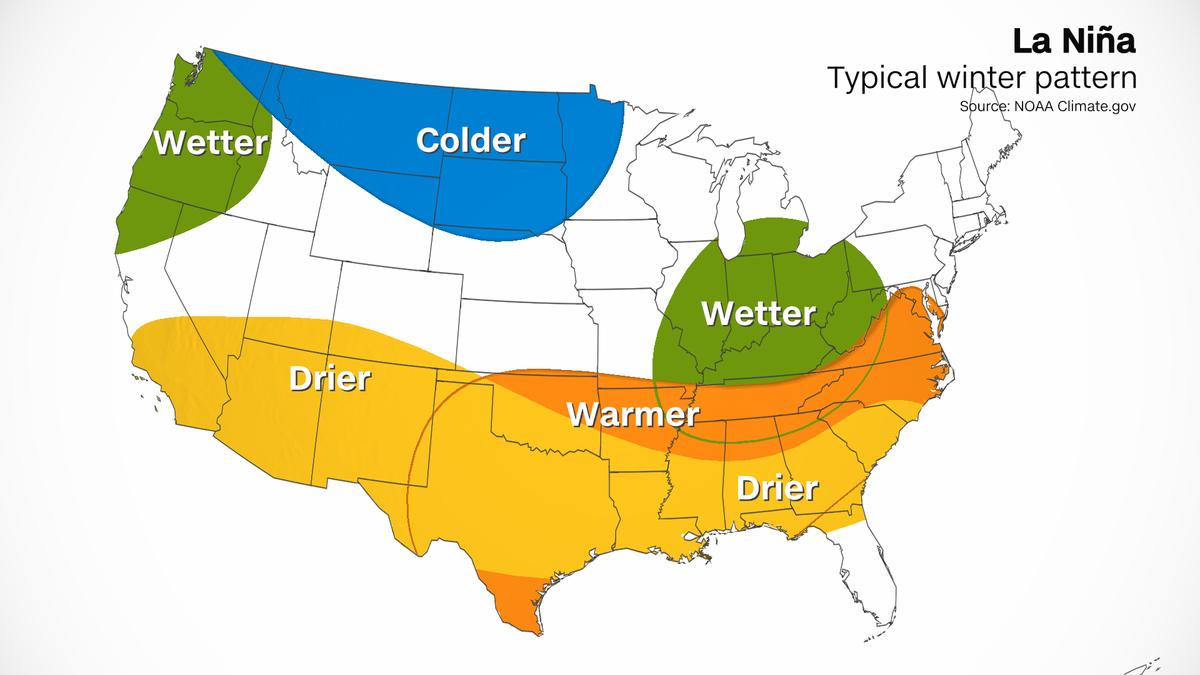 After a record-breaking drought, much of the West and Southwest has been hoping for a winter of rain. But with scientists predicting a second consecutive winter with La Niña conditions, the dry spell may be prolonged. La Niña is a climate pattern that tends to produce droughts in the West and hurricanes in the East. This week the NOAA issued an advisory noting an 87% likelihood that La Niña will affect winter weather across the US.

Another year of La Niña could exacerbate the western drought, which has engulfed 93% of the West, with close to 60% of the region in extreme or exceptional drought. These conditions have an even more disastrous effect coupled with climate change, which has left western regions mired in drought conditions and fire vulnerability.

Park Williams, a climate scientist and professor at UCLA told the Guardian: "As long as greenhouse gases continue to accumulate in the atmosphere, the dice are loaded toward increasingly warmer temperatures, meaning less mountain snowpack, greater spring evaporation, and more intense summer heatwaves and wildfire activity."

Another Year of La Niña

In the Pacific Northwest, La Niña will bring a particularly wet winter and spring. Although it would seem heavy rain were a godsend during drought -- the dry, fire-scorched topsoil has difficulty absorbing rainwater, causing the potential for mudslides. Meanwhile, the drought in the Southwest may continue into next year.

This past summer, drought conditions led to the first-ever water shortage for the Colorado River. Experts say the weather pattern could continue impacting water supplies in the West. Additionally, La Niña could lead to another severe wildfire season in 2022.