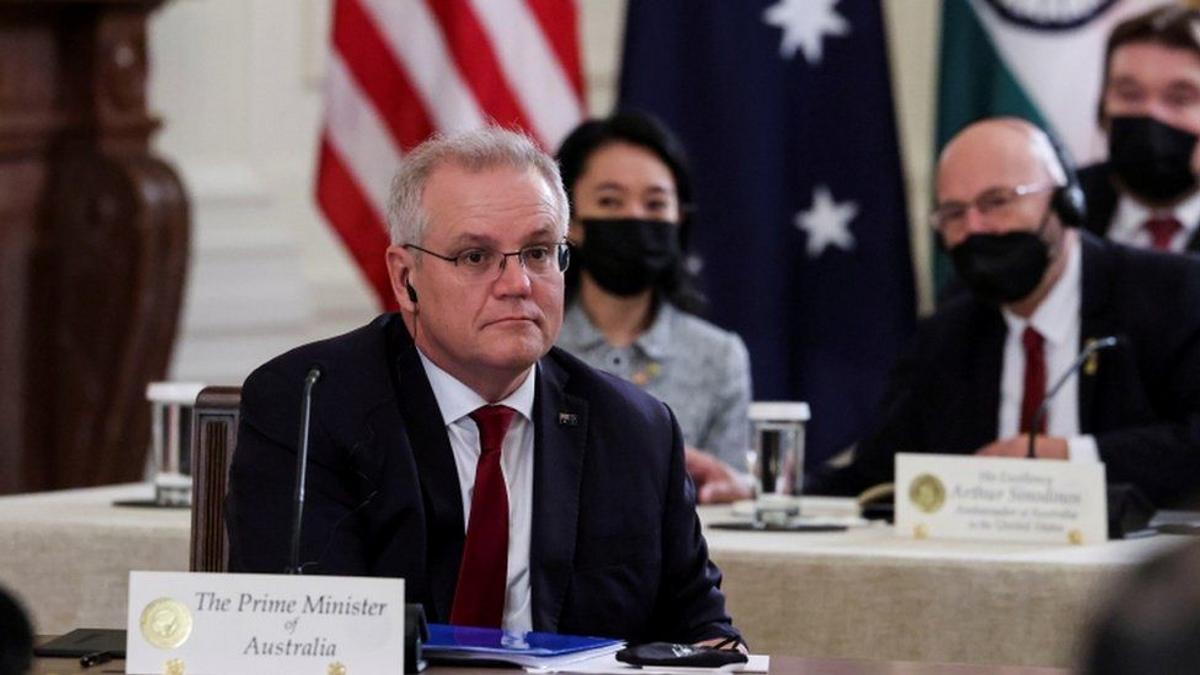 Australian Prime Minister Scott Morrison has resisted committing to the goal of net-zero emissions by 2050, one that 130 other nations have already signed on to. For a country plagued by algae bloom-causing bushfires, deforestation, and legions of mice, Morrison's avoidance of pledging net zero has baffled many and outraged environmental groups. At the ongoing UN General Assembly, Morrison once again turned down the opportunity to commit, but as pressure grows, political experts say he may finally cave at the COP26 conference in November.

While Australia contributes only about 1.4% of the world's carbon emissions, it is the world's second largest exporter of coal, which the UN says must be decreased by 80% from 2010 levels by 2030. Still, Morrison has continued to stand by the nation's coal production. Now, he's fallen behind even his country's own states; every Australian territory and state has committed to net-zero emissions by at least 2050. Even China, whose coal ambitions have been a point of international contention, has recently pledged to divest from coal projects abroad. As Australia approaches election season, Morrison has a choice: catch up, or get left behind.

The climate impacts facing Australia are staggering. In just the last three years, Koala populations have declined 30% due to bushfires, logging, and drought. Australia's 2020 wildfires were so big they triggered algal blooms in oceans thousands of miles away. And when the UN recommended placing the Great Barrier Reef on a list of world heritage sites now "in danger," the Australian government refused, citing its "world-leading reef management."

Australian environmental activists are now urging Morrison to not only commit to net zero by 2050, but to make even more ambitious goals. "That's much too little, much too late as far as the science is concerned for meeting the Paris climate goals," Will Steffen of Australian National University said of the 2050 commitment. He's calling for Morrison to commit to reaching net zero by 2035, "With fires, with bleaching of the Great Barrier Reef, with extreme heat, with sea level rise, with much of our population and infrastructure on the coast, we're right in the firing line."

Morrison's resistance to an ambitious climate pledge has created much tension in the Australian political sphere. "A 2050 target will be an incredibly powerful signal to the world but more importantly to Australia and Australian businesses," said Katie Allen, a centrist Liberal Party lawmaker from Melbourne. "We need to move past the energy wars, the climate wars that have dogged this nation. Allen is a member of Morrison's own party, and has advocated for net zero by 2050 since her election.

Other lawmakers in the party have also pushed Morrison to commit to climate action, including Liberal lawmaker Warren Entsch who said that although he sees the tides turning for Morrison, his impatience is growing. "He's moving very, very close in that direction," he said. "Personally, I've said get it off the bloody table. Just commit to it. Everybody else is."