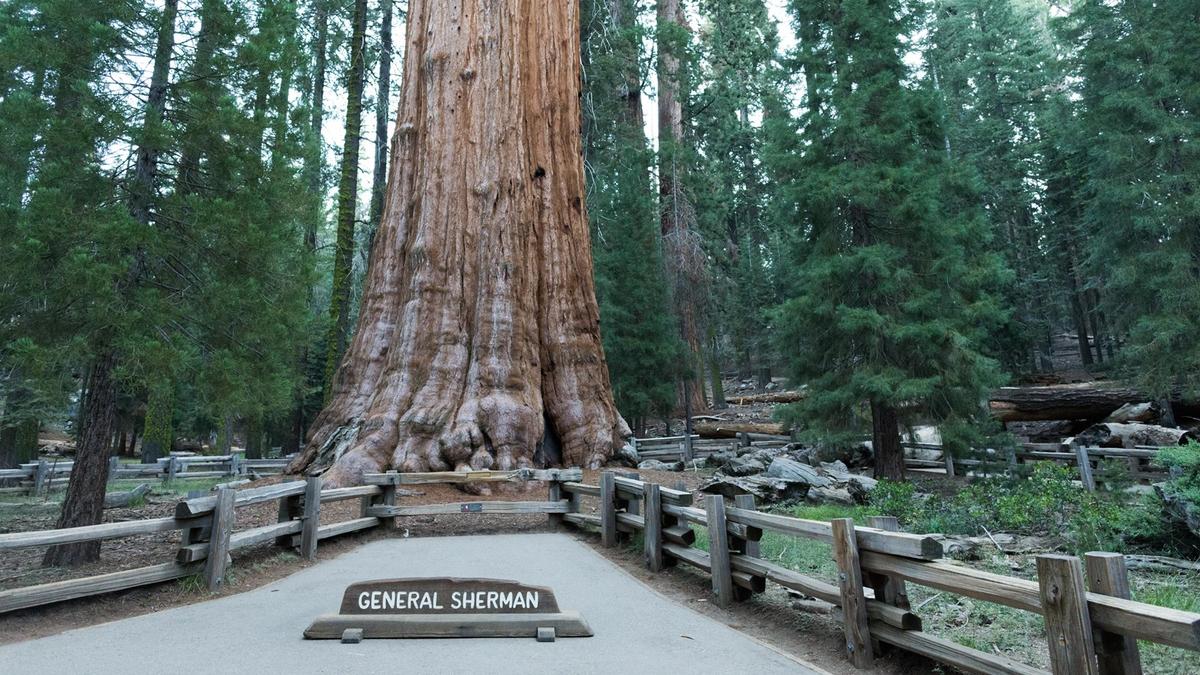 The giant sequoia trees in California's Sequoia National Park are over 1,000 years old and could live another 2,000 years, but climate change-fueled fires are killing them. The trees can usually withstand the flames, but the intensity of recent fires has been overpowering. Last year's Castle Fire killed up to 14% of the entire population; this year's Paradise and Complex Fires came so close to General Sherman, the world's largest tree, that crews wrapped its base in fire-resistant aluminum blankets.

"This is unprecedented to see so many of these large old-growth trees dead, and I think it's a travesty," Scott Stephens, Professor of Fire Science at UC Berkeley, told NPR. "This is pure disaster."

Climate change has increased both the likelihood and intensity of extreme fires, exacerbating drought and drying out vegetation. The imminent threat to giant sequoia trees -- a species that has naturally adapted to fire over millennia and uses its heat to release seeds -- indicates just how extreme these fires are. But, as the LA Times writes, "that ecological contract has been betrayed." The sequoias only grow in a few mountainous California groves, so like an endangered species, losing even a few trees or a slice of habitat is a significant loss.

Seedlings from the Ashes

The grove where giant sequoia General Sherman grows has been doing prescribed burns longer than most, meaning vegetation that might fuel an oncoming fire is consistently cleared. In centuries past, these kinds of lower-intensity fires were set by Native American tribes in the area, but stopped when white settlers forced them off the land and suppressed burns.

Now, as researchers observe the areas burned by recent fires, those swept with lower-intensity fire have hundreds of seedlings growing, while groves hit with more intense flames only have a handful. Land managers considering doing their own planting must think hundreds of years into the trees' futures.

"That is one of the gifts of giant sequoias -- is that they force us to think in deep time," Christy Brigham, Chief of Natural Resources and Science at Sequoia-Kings Canyon National Park, told NPR. "It forces us to confront the challenge of climate change."