Siberian Fires Now Larger Than All Others Combined 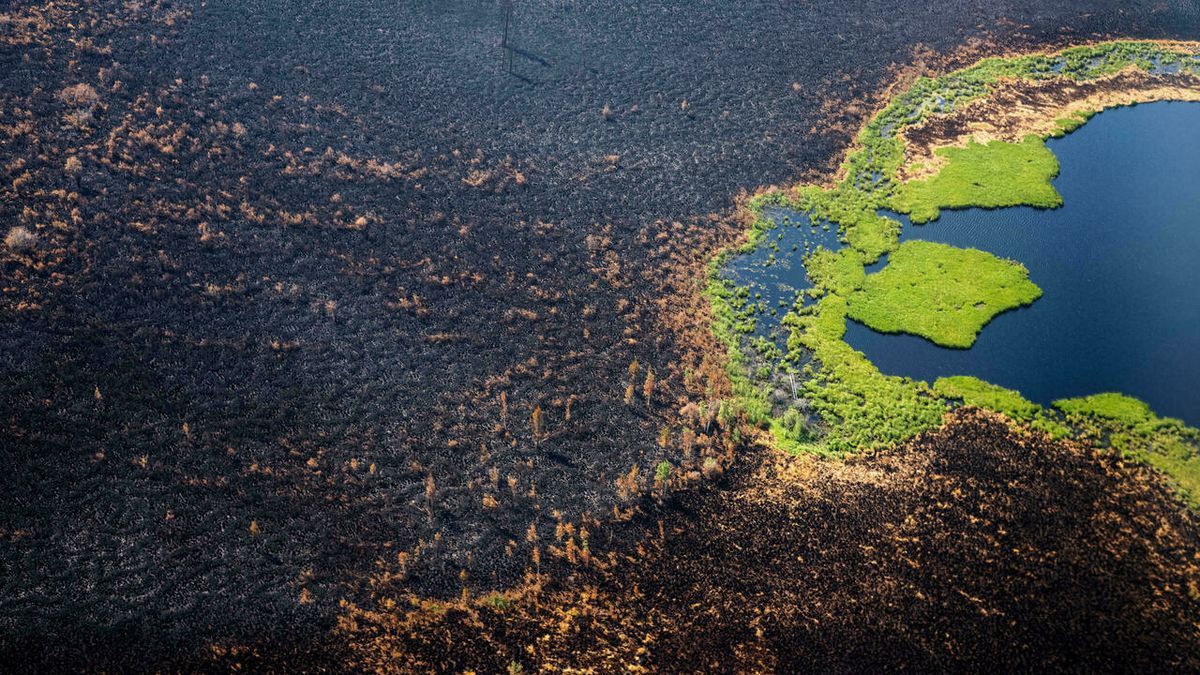 According to NASA, the "airpocalypse" caused by Siberia's record-breaking wildfires has reached the geographic North Pole for the first time in history. The regions blazes are now larger than all others burning across the earth combined. Half of the current fires are burning so hot that firefighters are incapable of fighting them, and with over a month left before the end of wildfire season, experts worry that the carbon costs will be too high to counteract.

Russia's old-growth forests are some of the most extensive intact forests globally, containing 640 billion trees. Those trees are now falling victim to temperature rise and fire at alarming rates.

Since 1988, researchers say that Russian forests sequestered an average of 1.7 billion tons of carbon each year, sometimes storing as much as 2 billion tons. In the past three years, however, that storage has been reduced by more than three-quarters to 400 million tons.

Not only are these fires destructive, they are becoming more challenging to fight, burning underground during winter and spring, and resurfacing again in wildfire season. Without swift action to halt global temperature rise and protect old-growth forests, these fires will get larger and more uncontrollable each year.

ABC: Siberian wildfires now bigger than all other fires in world combined, August 12, 2021.

On Saturday, NASA published an image taken by the Moderate Resolution Imaging Spectroradiometer (MODIS) showing a smoke cloud spanning 3,000 miles from Northeast Siberia to the North Pole. One Chinese news agency reported that the cloud could be seen from Mongolia, more than 1,200 miles away. So far this year, Siberia's wildfires have released more than 505 million tons of carbon into the atmosphere, surpassing the 450 million tons released during the 2020 season. Last year, experts warned that temperature rise and wildfires would only continue to break records, but Russian environmentalists say the government still won't listen.

In mid-July, as more than 300 different wildfires blazed in the region, only half were combated by firefighters. Since then, those fires have grown by thousands of square miles. "For years, officials and opinion leaders have been saying that fires are normal, that the taiga is always burning, and there is no need to make an issue out of this. People are used to it," Alexei Yaroshenko, a forestry expert with Greenpeace Russia, told the Washington Post. Environmental advocates blame a law that allows the Russian government to let forests burn without intervention, so long as they do not impact inhabited areas. Yaroshenko says that the decline of forests is directly linked to the decline of forest management.

Yaroshenko also says that disinformation plays a significant role in that decline. The country’s Aerial Forest Protection Service has maintained that lightning strikes, not climate change, are primarily responsible for the fires. Russia's Ministry of Natural Resources only counts fires that threaten populated areas, leading to lower figures in official tracking. "Officials just lie about the scale of it, that is, they willfully misrepresent the data," said Yaroshenko. "It's no longer possible to hide the fire, as everyone can see what's happening with satellite images, but the habit is there, and they still sometimes try to hide these fires."