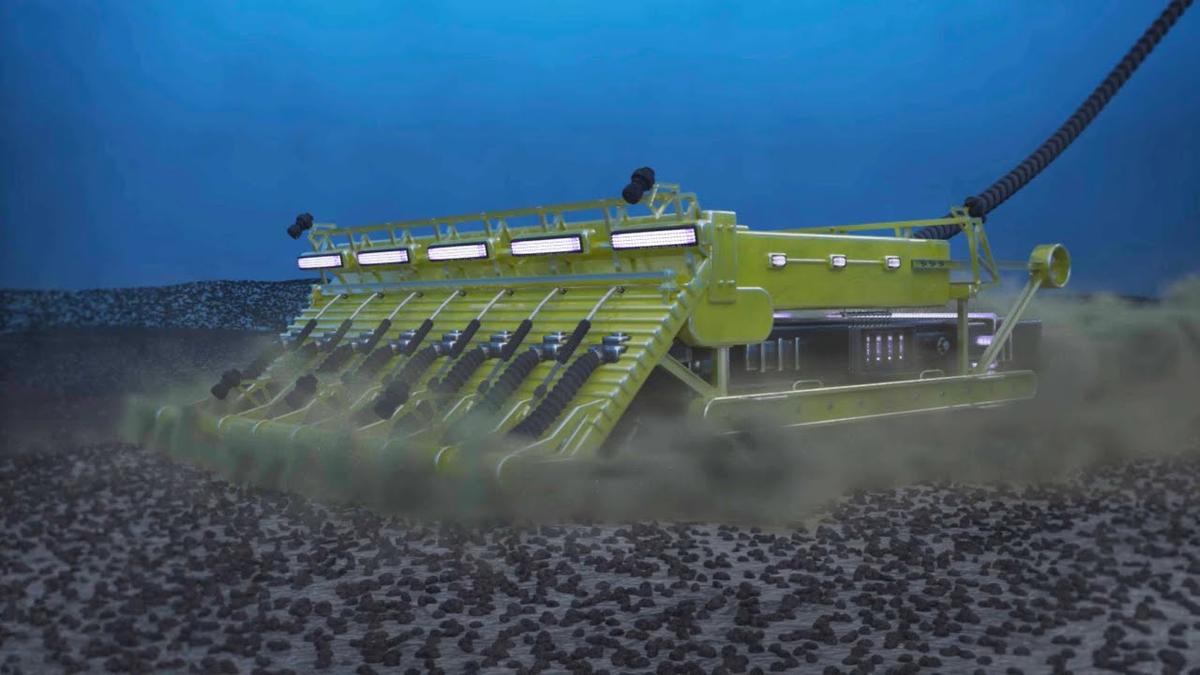 The Biden administration and automakers are hatching plans to ensure electric vehicles (EVs) comprise 40% of all car sales by the end of this decade. But as the government and the public begin to embrace the idea of an electric future, engineers and environmentalists struggle to balance new demand for the raw materials of electrified cars with conservation. Deep-sea mining may be crucial to gathering the resources necessary to build a decarbonized world, but it threatens to destroy the very habitats that climate action aims to protect.

Electric vehicle ambitions have already come into conflict with conservation goals in Nevada, where a proposed lithium mine is threatening the survival of an endangered flower found nowhere else in the world. Some environmentalists have raised concern that the sudden rise in demand for clean energy could be incredibly harmful to important ecosystems like those at the bottom of the sea. How the governments of the world and the International Seabed Authority (ISA), the UN agency that regulates deep-sea mining, proceed will determine the success of the world’s conservation and clean energy goals.

It's a delicate balance, as climate change is threatening ecosystems around the planet yet many decarbonization solutions are coming into conflict with nature.

Earlier this year, the International Energy Agency reported that to reach net-zero emissions by 2050, the world will require six times the amount of certain minerals that it produces now. Experts say that deep-sea nodules, lumps of manganese, iron, cobalt, nickel, and copper found along the ocean floor, will be crucial to building clean energy infrastructure like EV batteries.

However, many environmentalists say the risks are enormous and include disturbing whale and tuna migrations, destroying pristine undiscovered ecosystems and species, and kicking up carbon stores.

Experts warn that the implementation of deep-sea mining operations is moving too fast to understand the impacts that decades of widespread mining could have on ocean ecosystems. Diva Amon, a deep ocean biologist from Trinidad said:

Going into a new habitat to potentially destroy it and reap the metals that [supposedly] will be used to move us away from climate change … well, we're destroying one habitat to save another and not fixing the problem.

Until now, deep-sea mining has faced economic, environmental, and political obstacles. In June, the world's smallest island nation, Nauru, notified the ISA that it would be applying for a deep-sea mining license, triggering a two-year deadline for the agency to finalize regulations. A draft of the mining code was released in 2016 to be finalized in 2020, but the COVID-19 pandemic caused delays. Pippa Howard, who works on mining issues for Fauna and Flora International, holds doubts that the ISA can provide a set of regulations that can protect both ecosystems and the world’s clean energy interests. "There is a real lack of confidence in the ISA’s ability to deliver … science-based standards and guidance," she said. "They believe that their objective is to get the mining code to get deep-sea mining off the ground."