The Solid Connection Between Biodiversity and Climate Change 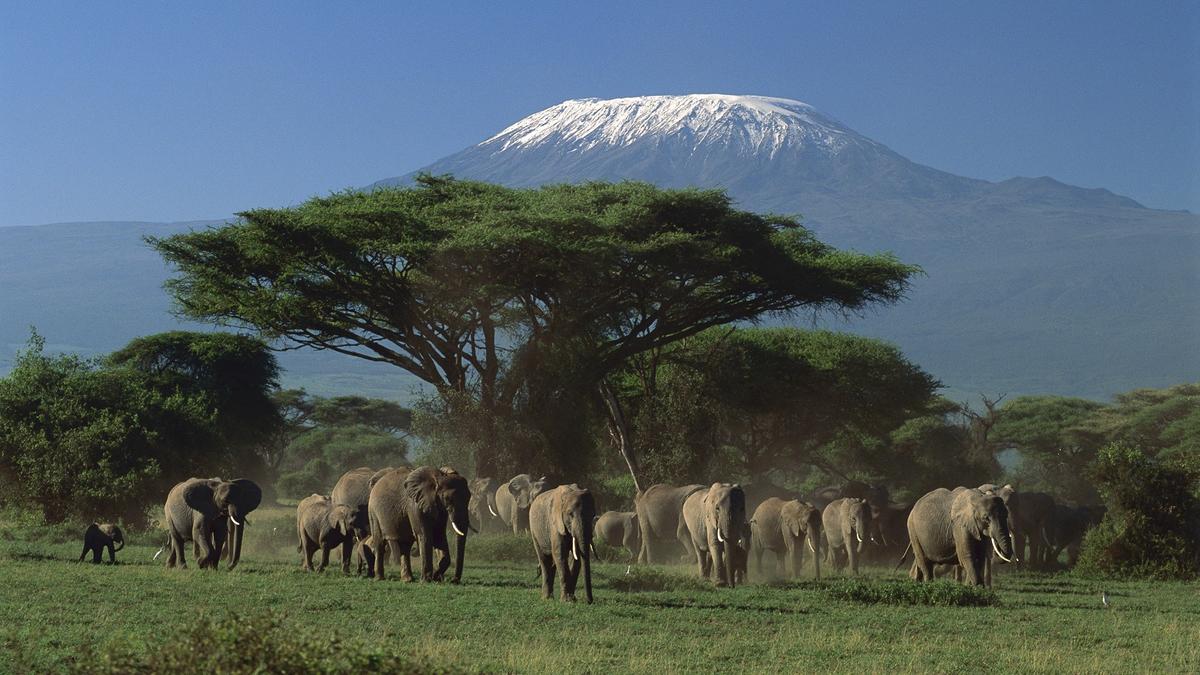 The International Fund for Animal Welfare (IFAW) has long been a leader in recognizing the inherent link between biodiversity loss and climate change, the existential threat both issues pose to life on our planet, and the critical need to address both threats together.

This week, the results of a comprehensive workshop report released by the Intergovernmental Science-Policy Platform on Biodiversity and Ecosystem Services (IPBES) and the Intergovernmental Panel on Climate Change (PCC) confirmed that nature and climate are inextricably linked. According to the peer-reviewed report, authored by 50 of the world's leading biodiversity and climate experts, unprecedented changes in climate and biodiversity driven by human activities have merged to increasingly threaten nature, human lives, livelihoods, and overall well-being around the world.

"...legislative policies have largely tackled biodiversity loss and climate change independently ... However, neither lives in isolation, and neither will be successfully resolved unless they are both tackled together."

Biodiversity loss and climate change are both driven by human activities and mutually reinforce each other. Though this concept is widely accepted in the scientific community, it is a point often underappreciated among policy decision makers. To date, legislative policies have largely tackled biodiversity loss and climate change independently of one another. However, neither lives in isolation, and neither will be successfully resolved unless they are both tackled together.

"Put simply, as climate shifts, it affects where and how animals and plants live and essentially determines if such species can ultimately thrive."

Addressing the synergies between mitigating biodiversity loss and climate change while considering their social impacts offers an optimal opportunity to maximize benefits, meet global development goals, and take a critical step towards stewardship of our shared planet. As climate change progresses, the distribution, functioning, and interactions of organisms -- and thus broader ecosystems -- are increasingly altered. Put simply, as climate shifts, it affects where and how animals and plants live and essentially determines if such species can ultimately thrive.

"Ecosystems depend on the presence of native flora and fauna to produce basic needs, including clean air, drinkable water, and nutrient-rich soil and seas."

Plants and Animals Feel the Heat

As species move, migrate, and potentially alter their behaviors with resultant shifts in their local populations, the very fabric of our landscapes and seascapes shifts. Ecosystems depend on the presence of native flora and fauna to produce basic needs, including clean air, drinkable water, and nutrient-rich soil and seas. As we lose that biodiversity, ecosystems degrade, even breaking down entirely. These situations make clear the inherent interdependence of both species and their ecosystems.

"...take animals such as forest elephants, pangolins ... universally considered to be 'ecosystem engineers' with key roles in preserving the health of their ecosystems and facilitating the capture of more carbon."

On one hand, healthy ecosystems can mitigate the damaging effects of climate change --  wetlands can help to absorb rainfall and prevent excessive flooding, for instance -- but also biodiversity that is both rich and thriving can protect against climate change itself. For example, take animals such as forest elephants, pangolins and whales, universally considered to be "ecosystem engineers" with key roles in preserving the health of their ecosystems and facilitating the capture of more carbon. This form of carbon sequestration helps keep excess carbon out of the atmosphere where it would otherwise absorb and reflect heat.

"There is no one-size-fits-all solution in conservation. It is all interwoven -- as diverse as the landscapes and ecosystems we seek to protect."

Given the global impact of climate change and its influence on the efforts involved in the animal welfare and conservation space, IFAW will continue to ensure that its programmatic efforts fully reflect the fundamental understanding of the link between both climate change and biodiversity protection.

At a project site in Chikolongo, Malawi, we have empowered a community to coexist with megafauna, like elephants, hippos and crocodiles, that help to keep the Lilongwe River ecosystem healthy. This in turn supports a landscape that further supports its inhabitants and increases the community's resilience to natural disasters, which include storms and wildfires that are escalating in the face of climate change.

In the US and internationally, we work to protect and restore wildlife corridors, allowing wild species to roam more freely in response to changing conditions, access food and water, and engage in natural migratory and reproductive behaviors. Sometimes the best road to conservation is actually a corridor.

In addition to our on-the-ground conservation work across the globe, we also advocate for laws and policies that support our conservation values. These range from strategies aimed at reducing overexploitation from wildlife trade, conserving and restoring habitats, shrinking carbon emissions, and protecting biodiversity. In the US, where we applaud and support the efforts of the Biden Administration to address climate change through a whole-of-government strategy, we are also advocating a National Biodiversity Strategy to ensure that biodiversity loss receives the holistic attention it requires. There is no one-size-fits-all solution in conservation. It is all interwoven -- as diverse as the landscapes and ecosystems we seek to protect.

We recognize that climate health, as well as the health of animals and ecosystems, is critical to the survival of both people and livelihoods. All countries and cultures need to strive to conserve wildlife and habitats; to combat climate change literally from the "ground up," so that we can all continue to not only survive -- but to thrive -- now and well into the future.

Our hope is that this report is eye-opening to both people and policy makers, and ideally a catalyst for a real paradigm shift in how we address the dual existential threats of climate change and biodiversity loss. We are already seeing the intense and ever-escalating impacts of human activities that threaten our natural world. It is time for us to take swift, collective action for a more sustainable future.

Azzedine Downes is the President and CEO of the International Fund for Animal Welfare (IFAW). Prior to taking the position in 2012, he was the VP of the organization. Under his leadership, IFAW has greatly extended its international and institutional reach. Significant achievements include securing 16,000 acres of precious habitat for elephants in Kenya, establishing cooperation between IFAW and INTERPOL’s Environmental Crime Program, and successfully campaigning for IFAW’s membership to the International Union for Conservation of Nature (IUCN). Downes was named one of “The Most 100 Creative People in Business” by Fast Company in 2015, and The NonProfit Times listed him among the “Power and Influence Top 50.”