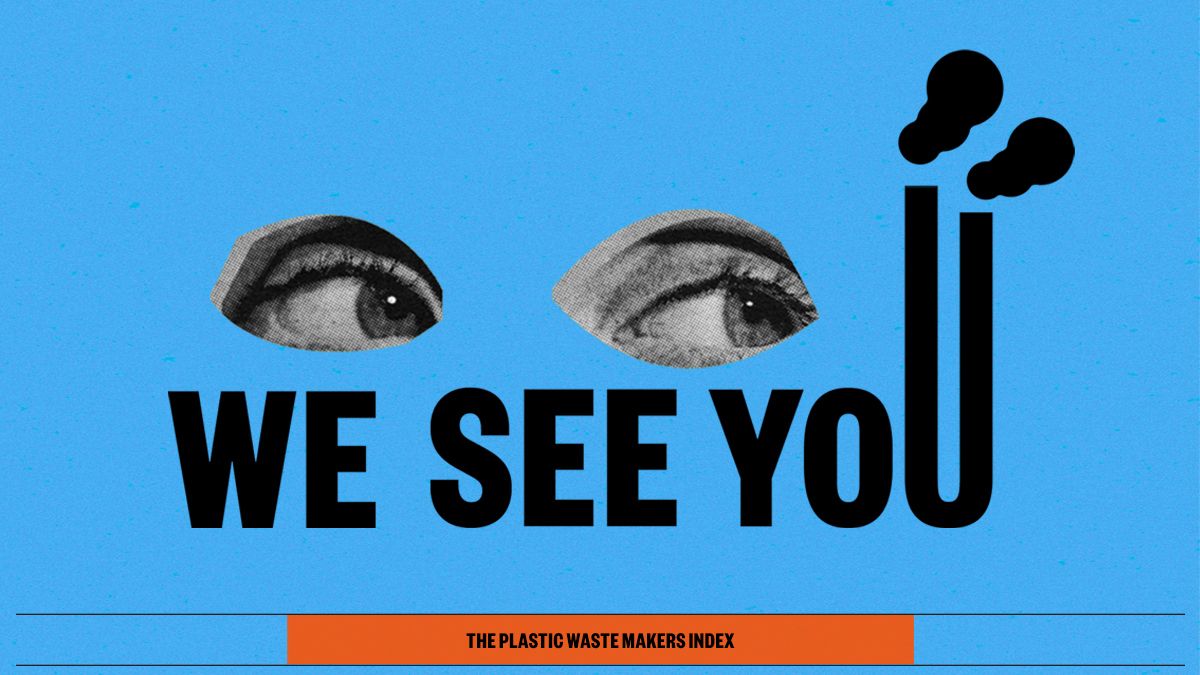 A new study published Tuesday found that just 20 companies are responsible for more than half of all single-use plastic pollution. The Plastic Waste Makers Index names some of the world's largest plastics manufacturers and notes that many are backed by a small pool of financiers. The study -- and its detailed index of producers, banks, and investors -- highlights the root of the world's plastic pollution problem: oil companies and those that bankroll them. More Americans are advocating to change the nation's "throwaway" culture, but experts say there's only so much that individuals can do in the face of global corporate plastic supply chains.

Plastic produces carbon emissions at nearly every point of its lifecycle. For decades, consumers have been told they could change the tide of plastic pollution by reducing, reusing, and recycling, but while they sorted their bottles, companies and governments failed to invest in recycling programs. Now, only approximately 20% of plastic actually gets recycled despite many consumers' best efforts, and plastic production is expected to grow by 30% in the next five years. Experts and advocates are arguing for extended responsibility from petrochemical companies, emphasizing that plastic must be treated as a valuable commodity not only by consumers but also by manufacturers.

While 20 companies produce 55% of all single-use plastic pollution, only 100 companies produce 90%. US energy company ExxonMobil topped the list as the world's largest plastic polluter, followed by US chemicals company Dow and China-based Sinopec. America and Australia topped the list as the world's most plastic polluting countries, producing more than 50 kg of single-use plastic per person per year. Experts say the study provides more than perspective. "This is the first time the financial and material flows of single-use plastic production have been mapped globally and traced back to their source," said Toby Gardner, a Senior Research Fellow at the Stockholm Environment Institute.

The study, published by the Minderoo Foundation, went even deeper to find that just 20 global banks provide nearly 60% of the commercial finance funding to the plastic waste crisis, committing $30 billion in loans since 2030. On the list are Barclays, HSBC, and Bank of America. The global finance industry has recently been caught red-handed bankrolling deforestation, biodiversity loss, and pollution despite many making public environmental commitments. Gardner calls for more transparency: "it's critical we break the pattern of inaction…this is why it is so important the small group of companies and banks that dominate global production of throwaway plastics begin to disclose their own data."

Experts say holding these companies accountable for their plastic footprints is crucial to fighting climate change and meeting the goals of the Paris Agreement. "It is critically important petrochemical companies move towards circular-economy-based alternatives if we are going to successfully tackle these interlinked crises," said Sam Fankhauser, a Professor of Climate Change Economics and Policy at the University of Oxford. A recent study from the World Wildlife Fund found that 86% of Americans are ready to move away from a single-use culture, but companies still have some catching up to do.

Check out all the data in the interactive version of the index here.

==
Copyright © 2021 Our Daily Planet. Reprinted here with permission. This version may have been edited from the original article published on May 20, 2021.