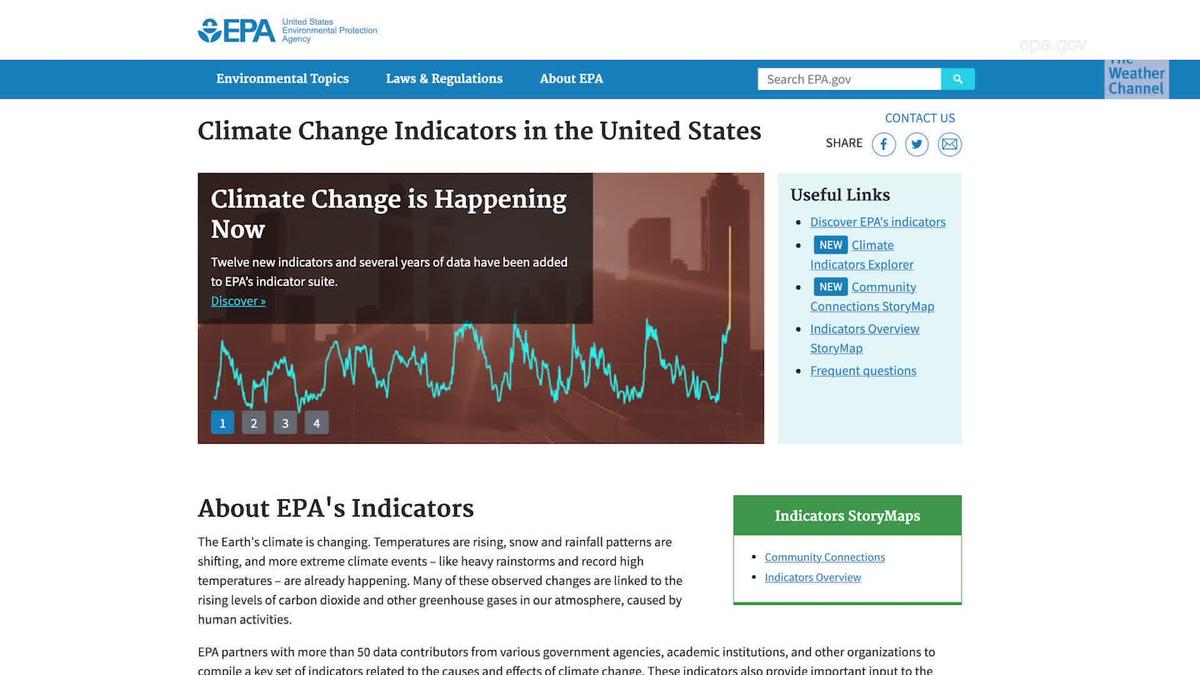 After a four-year hiatus under the Trump administration, the Environmental Protection Agency's Climate Change Indicators webpage is back in action. The public portal includes data on 54 indicators including sea-level rise, Great Lakes ice cover, heat waves, river flooding, and residential energy use. In tandem with the relaunch, the EPA released a report based on the data. The "disturbing account of the startling changes," as the Washington Post wrote, includes:

People are experiencing the impacts of climate change in their everyday lives, from hotter temperatures to more intense wildfire seasons. Creating an easy way for everyone to access climate data gives people a powerful advocacy tool. And it matters for the federal government to be transparent about the increasing, intersectional impact of the climate crisis. "We want to reach people in every corner of this country because there is no small town, big city, or rural community that's unaffected by the climate crisis," Michael Regan told reporters, as the Washington Post writes. "Americans are seeing and feeling the impacts up close with increasing regularity."

Diving into the Data

Beyond the headline-grabbing data points, here are other ways that the changing climate has been documented in the US:

Check out the webpage, its new indicators, and the specific reports here.

Copyright © 2021 Our Daily Planet. Reprinted here with permission. This version may have been edited from the original article published on May 14, 2021.