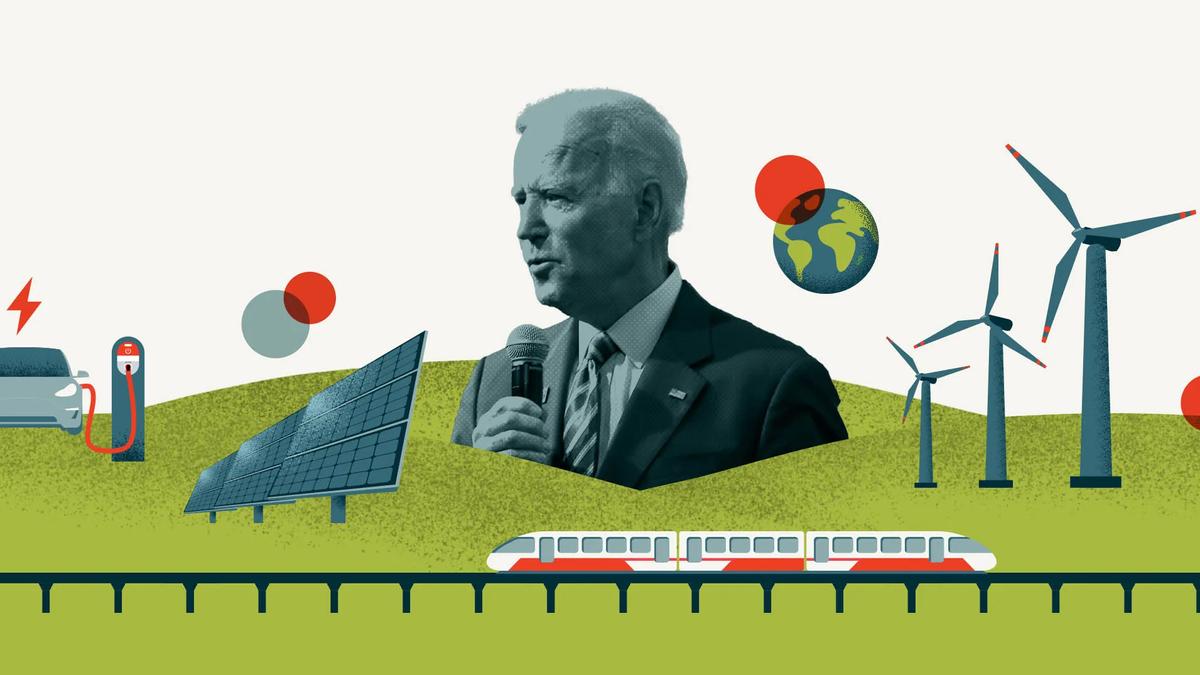 The Biden administration is aiming to set a national clean energy standard (CES) for the United States to obtain 80% of its power from clean, emissions-free sources by 2030. This 2030 aim will be a major step for the US towards reaching net-zero emissions by 2035, President Biden's overall climate goal. Currently, the power grid is comprised of 40% clean energy (including nuclear), according to Reuters, and the industry is willing to comply with eliminating carbon emissions by 2035 -- as long as it has flexibility on how to achieve that goal and can miss compliance deadlines along the way if they are unrealistic.

This mandate would lower emissions by requiring a transition to renewables like wind, solar, and nuclear energy. The administration is also prioritizing finding ways to remove and sequester greenhouse gas emissions from fossil fuel plants. The US is the second-largest greenhouse gas emitter in the world (and the largest emitter of historic emissions in the atmosphere) so phasing in emissions-free sources of power would put a meaningful dent in global emissions and move the US closer to meeting the demands of the Paris Agreement. And like the goal of 200 million shots in arms in 100 days, perhaps by aiming high, the country will achieve it.

Cleaning up the Energy Sector

Biden's plan to cut the US' greenhouse gas emissions in half will demand moving utilities away from coal and natural gas. Luckily, many utilities are already on board, as state mandates and investor pressure has caused them to remove carbon from their procedures.

Some utility companies do worry that they may not be able to develop the technology ready to achieve zero emissions by the 2035 deadline. In a statement, the National Rural Electric Cooperative Association said the administration's 2035 goal was "overly ambitious." But earlier in April, 13 major utilities sent a letter to President Biden to endorse a goal that would reduce emissions by 80% below 2005 levels by 2030.

Moreover, though in the US, only 40% of electricity generation is clean, getting to 80% by 2030 could occur through existing technology, with no additional costs for ratepayers as the price of renewables and batteries have plummeted, according to a new analysis by researchers at Energy Innovation and the University of California, Berkeley.

Will a CES Get Passed?

The Biden administration hopes to enact a Clean Energy Standard (CES) to reduce carbon emissions in the power sector. in the power sector. But for the most part, Republicans have been wary about the bill's ambitious timeline, fearing that it could cause gas prices to skyrocket and take away jobs in fossil fuels. A CES could get passed even without Republican support due to the budget reconciliation process. Democrats in Congress could pass a CES with a simple majority if it is framed as a revision of budget legislation, but the CES would have to set a 2030 target, since budget reconciliation has to fall in a ten-year window.

Copyright © 2021 Our Daily Planet. Reprinted here with permission. This version may have been edited from the original article published on April 29, 2021.