Using Satellites to Track Carbon Emissions Is On the Horizon 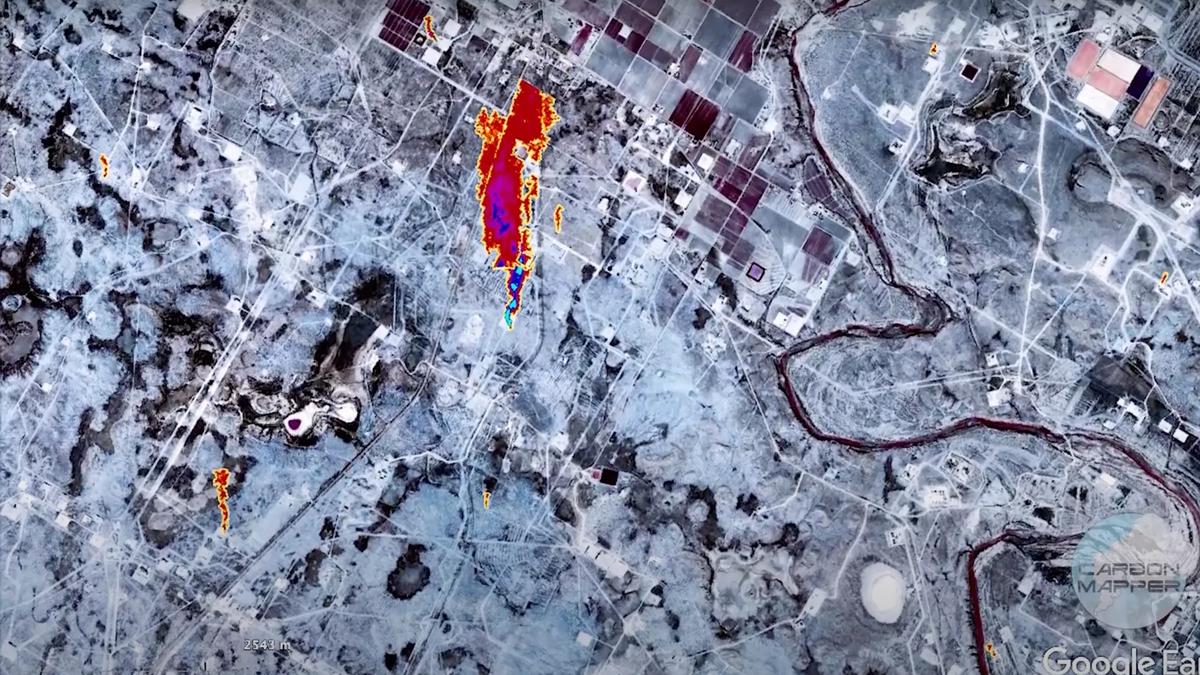 Soon it will be possible to precisely track carbon emissions anywhere on the planet by satellite. Carbon Mapper, a new non-profit, plans to launch its first two satellites in 2023, which they hope will be joined by a "constellation" of other satellites two years later. The project brings together the state of California, NASA's Jet Propulsion Laboratory, academic institutions, and satellite maker Planet. It's a continuation of NASA's climate and carbon dioxide monitoring work, which recently found that as population density increases, per person carbon emissions decline. That study was done at the city level, but the new Carbon Mapper tool will detect emissions down to the facility level.

These satellites will detect methane and carbon emissions, giving people a potent tool to hold emitters accountable -- just like pollution monitors on the ground might. This tool can keep all Paris Accord signatories honest by making it possible for the world to know "in near real-time, how well a company, state or nation is living up to its climate commitments," Axios writes. And the same goes for governments and citizens holding companies accountable for meeting national regulatory standards. Most importantly, the data from these satellites will be free and publicly available, so anyone can access it.

Carbon Mapper's goal is to quickly and accurately measure emissions, especially when those emissions are intense and intermittent. It has been flying aircraft equipped with prototype versions of the satellite tools for the past five years, tracking methane emissions across the country. Want to take a look at their prototype data portal? You can see methane data for California here.

Carbon Matter: Permian Basin False Color2, April 13, 2021. Carbon Matter’s technology uses precision visible-infrared imaging spectrometers on satellites and aircraft to locate, quantify and track methane and CO2 point-source emissions and many other environmental indicators. This false color scene shows a series of methane plumes detected by the Global Airborne Observatory (overlaid on Google Earth imagery) from an altitude of 17,500 ft (~5.3 km). The red plumes indicate methane emissions from oil & gas infrastructure: wells, tank batteries, compressor stations, gathering lines, etc. The plumes are all aligned with the prevailing wind (out of the southeast that day). We have detected over 3,000 plumes so far in the Permian Basin (an oil-and-gas-producing area located in West Texas and the adjoining area of southeastern New Mexico) with our airborne surveys.

This data set already has some key takeaways, including that "a relatively small number of high emitting point sources (about 700 pieces of infrastructure) are responsible for at least a third of total methane emissions in California; this could translate to significant ‘low hanging fruit’ for mitigation," according to NASA.

"This decade represents an all-hands-on-deck moment for humanity to make critical progress in addressing climate change," said Riley Duren, Carbon Mapper CEO and research scientist at the University of Arizona, in a statement. "Our mission is to help fill gaps in the emerging global ecosystem of methane and CO2 monitoring systems by delivering data that's timely, actionable and accessible for science-based decision making."

Carbon Mapper isn't the only one looking to satellites to track methane: the Environmental Defense Fund has its own tool, MethaneSAT, which is working in partnership with SpaceX to provide similarly precise data about the damaging greenhouse gas.

Copyright © 2021 Our Daily Planet. Reprinted here with permission. This version may have been edited from the original article published on April 16, 2021.