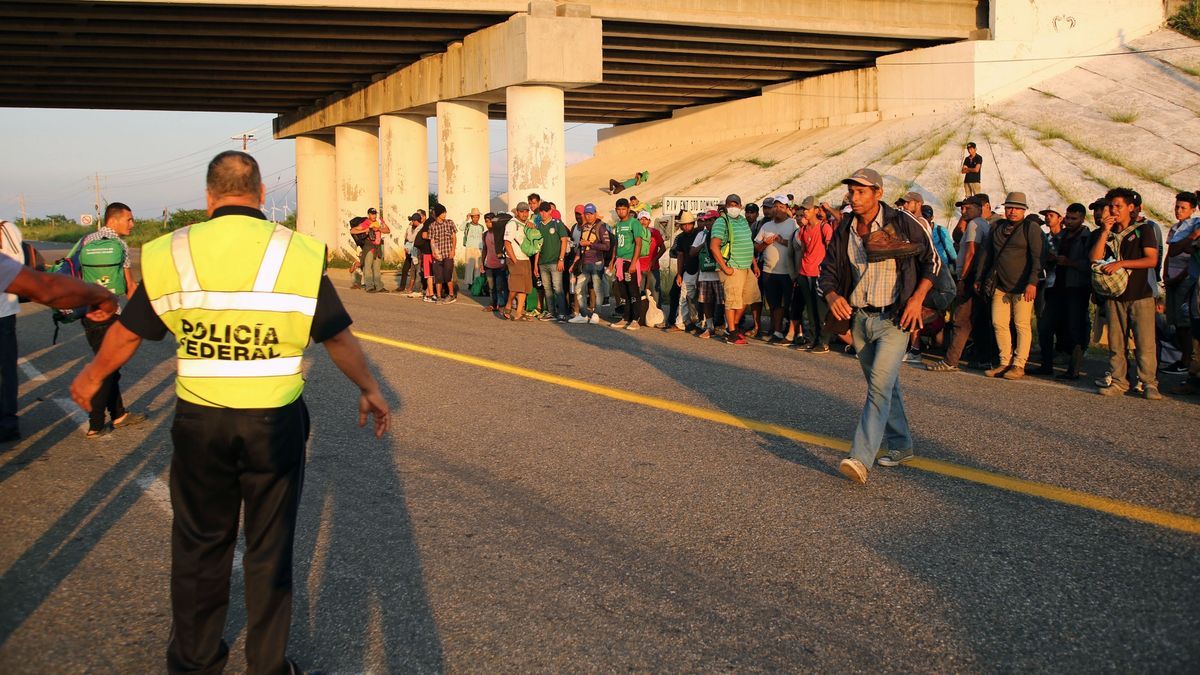 The mainstream media often cites Hurricanes Eta and Iota as major factors driving migration to the US Southwestern border. But stories about the border crisis, which have dominated news coverage for the last week, are only now beginning to discuss the connection to climate change. CNN and Axios in recent days explained that these rare, late-season monster storms left over a hundred and fifty thousand homeless and jobless in Nicaragua, Guatemala, and Honduras -- and that, along with COVID, many of them had no choice but to migrate.

Hurricanes like Eta and Iota will only become more commonplace as the globe continues to warm. But migration-driving climate stressors go beyond severe coastal storms to drought, desertification, sea-level rise and heavy flooding. As Axios points out the "World Bank estimates that three regions -- Latin America, sub-Saharan Africa, and Southeast Asia -- will generate 143 million more climate migrants by 2050." Those numbers are huge. And where will they go -- you guessed it -- the US, Europe, and even countries like India.

To be clear, there are other factors causing the mass migration in addition to the pandemic and storms, including: corruption, gang violence, and poverty. However, warming waters in the Gulf of Mexico created the conditions that allowed both storms to intensify to the most severe wind and rain levels. According to Kayly Ober, program manager of Refugees International's Climate Displacement Program, the severity of the storms "wrought a level of destruction that was unheard of in some parts of the region." CNN explained that "Flooding wiped entire communities off the map in Nicaragua, Honduras and Guatemala. Homes were destroyed. Millions of people were affected, and hundreds of thousands were displaced." Many families were barely scraping by, "facing food shortages and pervasive violence," said Meghan López, the International Rescue Committee's regional vice president for Latin America. "The hurricanes were … the last in the series of what was a devastating year," Lopez told CNN. But in a long-form story in The Washington Post on why the migrants are crossing the border, climate change is barely mentioned.

ProPublica: How the Climate Crisis Will Force A Massive American Migration, November 10, 2020.

Build Back Better and Climate Refugees

The President issued an Executive Order on February 4 on rebuilding the Refugee Admissions Program (USRAP) so that it takes climate refugees into consideration. The President ordered the relevant agencies to report back within 180 days on "options for protection and resettlement of individuals displaced directly or indirectly from climate change; mechanisms for identifying such individuals, including through referrals; proposals for how these findings should affect use of US foreign assistance to mitigate the negative impacts of climate change."

The US is not alone in being unprepared for climate refugees. As Axios reported, "the international refugee system -- which was built in the aftermath of World War II -- was set up to address conflict and political persecution, which means that no legal framework exists for climate refugees." And refugees tend to move within their countries first and end up in ill-equipped urban areas, where they push government services and resources to their limits but are unable to get on their feet. That's when they opt to move beyond their own borders and become part of international migration.

Check out this New York Times and ProPublica in-depth investigation into the problems from last summer. According to that story, in the most extreme warming scenarios, more than 30 million migrants would head toward the US border over the next 30 years.

Copyright © 2021 Our Daily Planet. Reprinted here with permission. This version may have been edited from the original article published on March 28, 2021.