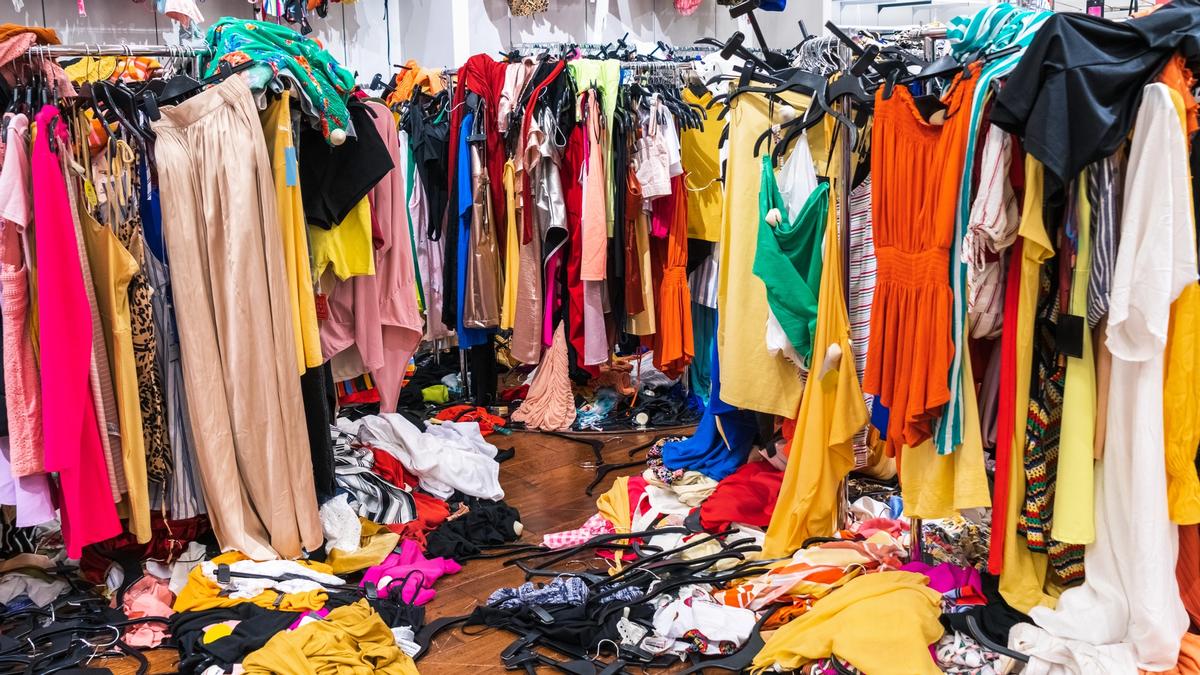 Check women's fashion magazines and you'll likely find an article referencing climate change, if not featuring it. From Allure to Marie Claire, Elle, and even the revered fashion publication Vogue are chiming in on climate activism, along with the health and environmental impacts of climate change. These same outlets have also published articles entitled: "Seven Spring Wardrobe Must-Haves;" "31 Loungewear Sets to Wear While Working from Home;" "Elle's Ultimate Guide to Online Shopping;" and "The Spring 2021 Trends Vogue Editors Are Shopping This Season.

It’s no secret that fashion magazines are about selling clothes -- mostly to women -- and the excitement that comes with them. The industry started explicitly admitting this in 2011. Their glossy or digital pages include prices and sometimes a shopping index to help readers locate a retailer. It's smart marketing for advertisers and designers, as women account for 80% of household purchases.

"The fashion industry, known to be driven by newness, tends to treat its products like food that spoils quickly. This 'fast fashion' or 'McFashion' concept is a driver for American consumer behavior."

That said, overconsumption of clothing items contributes more to climate change than editors of fashion magazines may want to admit and they are now having to decide whether it’s ethical to continue running fashion advertorial next to climate change articles.

The fashion industry, known to be driven by newness, tends to treat its products like food that spoils quickly. This "fast fashion" or "McFashion" concept is a driver for American consumer behavior. An average American woman has 103 items of clothing in her closet and spends between $1,800 to $4,800 on clothing annually.

These purchases are laden with hidden costs, namely their tax on the environment. It takes about 2,700 liters of water (three years worth of drinking water for a single person) to make a cotton T-shirt. The carbon emissions created from the production of a cotton item to its in-store delivery is roughly 23.85 kilograms. Again, this is just one cotton T-shirt. Cotton is also the most pesticide-dependent crop in the world, using approximately 25% of the worlds insecticides and 11% of pesticides every year. And it's found in most clothing. That means the environmental cost of a wardrobe containing 103 items of clothing is equivalent to 278,100 liters of water and countless chemicals.

"If global fashion consumption continues at this pace, emissions will surge more than 50% by 2030."

To no surprise, the fashion industry currently accounts for about 10% of global carbon emissions and nearly 20% of wastewater, which is more than the combined aviation and shipping industries -- traditionally called the "wicked sectors." If global fashion consumption continues at this pace, emissions will surge more than 50% by 2030. These figures lead one to imagine the drastic climate changes we may witness in the coming next decade.

"How your clothes are worse for climate change than flying," Channel 4 News, September 4, 2019.

If editors are going to stand behind the articles they publish on climate change, they will need to admit that the wares on their fashion pages undercut climate reform. However, a fashion magazine suggesting that their readers not buy what’s featured on the page flies directly in the face of their business model. Selling ad space is one of the key ways magazines make money. In fact, a full-page color ad in the most-noted fashion magazines costs upward of $100,000.

It's not as if editors don’t know they're in a tight spot on this issue. Harper's Bazaar, another legacy fashion publication, offers both "sustainability" and "fashion" categories to its readers. But both categories focus on readers making more purchases, which doesn't match up with sustainability. Even if shopping sprees do spark the economy in downtrodden times, not promoting them is better when it comes to climate.

One strategy some companies are taking is advertising that suggests consumers shouldn't buy their products. Patagonia took out a full-page ad in the New York Times with an image of fleece outerwear and the instruction: "Don't Buy This Jacket." The concept was born as a follow-up to their "Don't Buy This Shirt" blog post from years earlier. Patagonia's products are made from nearly 70% recycled materials and the company is a global leader in the use of hemp and organic cotton. Still, they want consumers to think twice before buying.

"Fashion magazine editors should include ads and articles about overconsumption and its risk to the environment. Until they do, they're complicit in the climate crisis and maybe even fueling it."

Compare that to another strategy -- that of H&M, a brand also claiming to be environmentally sustainable. However, by selling "affordable fashion" that often doesn't survive two to three wears seems to contradict the notion. Mind you, H&M pulled in $24.3 billion turnover in fiscal year 2019 -- far greater than Patagonia's $800 million.

This isn't to say women's magazines and publications that feature fashion are all bad -- they're not. They are a source of creativity and provide journalism jobs which have been decreasing in number. Fashion itself can be benign, even beneficial -- the industry employs more than 75 million workers worldwide and helps consumers express themselves, sometimes even find their identities. But it's also an industry based on "planned obsolescence" and known to create problems for workers, the environment, and societys views of women. Not to mention that it can foster maladaptive behaviors like eating disorders, body image distortions, stress, unhappiness, and reduced quality of life -- all due to the need for newness brewed by the fashion industry.

For a publication to drive home messages about the changing environment while shilling for products that cause those same changes is inconsistent to say the least. Fashion magazine editors should include ads and articles about overconsumption and its risk to the environment. Until they do, they're complicit in the climate crisis and maybe even fueling it.

Shipra Gupta, PhD, is an Associate Professor of Marketing at University of Illinois-Springfield and a Public Voices Fellow with the OpEd Project. One of her research areas focuses on issues of sustainability, specifically in the fashion industry, for which she has also been awarded twice with the Transformative Consumer Research Grant from the Association of Consumer Research.