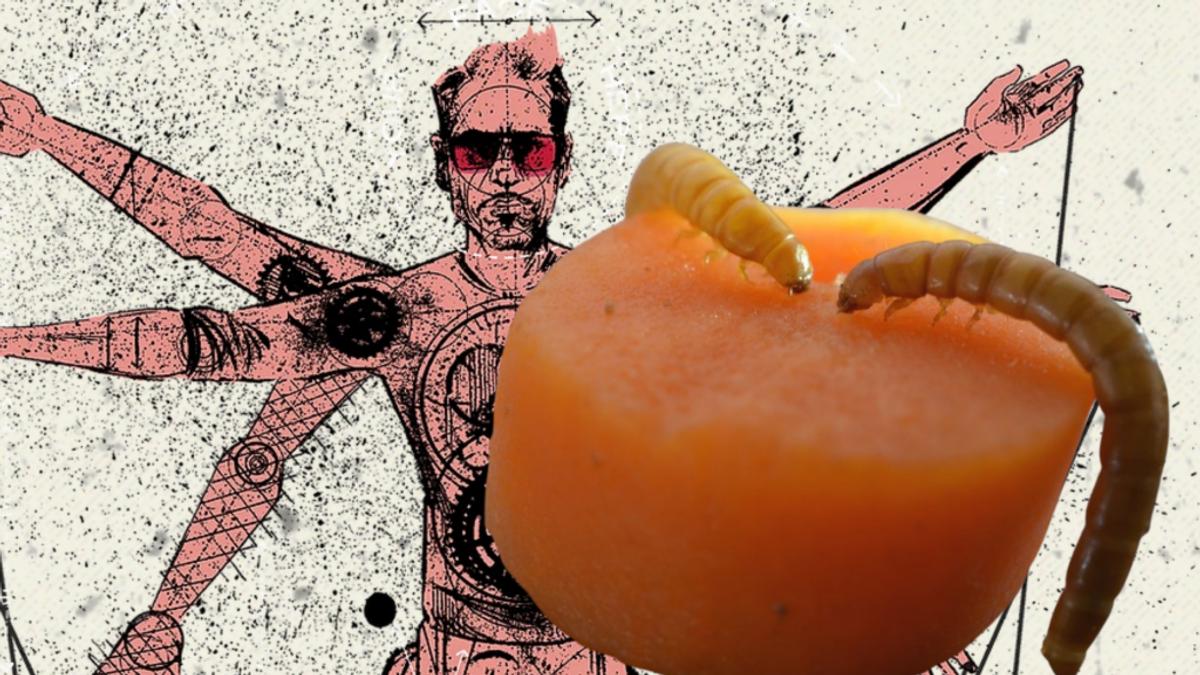 Oscar Wilde wrote that "life imitates art far more than art imitates life." Rarely is it a good thing when life imitates the longtime protagonist of a multibillion-dollar cinematic universe, but Marvel's Tony Stark, aka Iron Man, is proving to be a damn good act for Robert Downey Jr. to follow.

In nine movies, Downey plays Tony Stark, the "genius billionaire playboy philanthropist" who lives in a technological Candyland -- an urban skyscraper powered by a clean, self-sustaining energy source. Stark designs and builds himself a titanium rocket suit in which he fights crimes against humanity, plus a few impending global catastrophes.

"Downey has indeed become a "Stark" raving do-gooder: a celebrity working to harness the powers of capitalism and technology to fight The Mother of All Global Catastrophes -- climate change."

On a personal level, Stark is a self-professed narcissist, and Downey is anything but: If you catch him as I did by Zoom on a Sunday afternoon, he's a calm, humble, tea-sipping, yoga-practicing, self-effacing family man who shuns an association with heroism. But on a professional level, Downey has indeed become a "Stark" raving do-gooder: a celebrity working to harness the powers of capitalism and technology to fight The Mother of All Global Catastrophes -- climate change.

In 2019, Downey launched the FootPrint Coalition (FPC), which bills itself on its homepage as a "coalition of investors, donors, and storytellers committed to scaling technologies to restore our planet." FPC is a hybrid enterprise -- funding environmental technology through venture investments and nonprofit grants while also creating content about the innovations it funds.

In its first year, the FootPrint Coalition has backed cellular agriculture -- the production of animal products from cell cultures, which could reduce the need for livestock production and slaughter -- as well as zero-waste fish food derived from mealworms, and climate-smart toilet paper from fast-growth bamboo rather than hardwood forests.

"In 2019, Downey launched the FootPrint Coalition … a hybrid enterprise -- funding environmental technology through venture investments and nonprofit grants while also creating content about the innovations it funds."

Alongside these investments, Downey has produced a series of quippy, zippy, fact-packed educational videos in which a cartoon version of himself plays the role of public learner: "Heyoo! Welcome back to edumacation station…" the videos begin. They introduce a "Did-you-know?" problem followed by an upbeat solution. "Did you know that almost 90% of global fish stocks are over-exploited? … And industrial fish farmers are feeding fish to fish!" Then Downey injects a swift dose of humor: "No offense to cannibals, but why can't we change that up?" He punctuates each video with a feel-good rally cry: "I feel like we got this! Are you feeling it?"

The videos are emphatically non-partisan, non-judgmental, and consistent with the affable, broadly appealing posture that Downey carries as a public figure. Consider the politics of Tony Stark in Downey's recount: "The opening weekend of the first Iron Man movie [in 2008], conservatives said, Thank God we finally have a superhero who operates outside the parameters of government to get the job done. And my limousine liberal friends said, Man, we really stuck it to the right didn't we?" Twelve years later, Downey is still appealing to both sides: "If climate change is an international crisis, the way we approach it needs to work for all of our brothers and sisters."

"Launching a VC play alongside a content enterprise might be unwieldy if it weren't synergistic. Downey is pumping funding into novel, high-risk areas of investment while also helping to foster public acceptance of this new terrain…"

Downey's big-tent sensibility may be why he’s amassed tens of millions of brothers and sisters via his social media presence, which includes 48M followers on his @robertdowneyjr Instagram feed where he promotes FootPrint Coalition content, along with 40K followers of the new @officialfootprintcoalition handle.

Launching a VC play alongside a content enterprise might be unwieldy if it weren't synergistic. Downey is pumping funding into novel, high-risk areas of investment while also helping to foster public acceptance of this new terrain -- in turn, lowering the risk. "We're mobilizing people and we’re mobilizing capital,” Downey tells me. It’s a creative tactic -- a one-two punch.

Rachel Kropa certainly thinks so. Kropa, who spent the past 17 years at the intersection of entertainment and philanthropy, advising top talent as well as major environmental organizations, now heads up the FootPrint Coalition. Other key members of the FPC team include Downey’s brother-in-law, Steve Levin, a Stanford University business school grad whom Downey affectionately calls "a real propellerhead," and Jon Schulhof, the serial entrepreneur behind the success of City Bike. Together, Levin and Schulhof head up the investment team.

While Downey insists "I myself am just getting my head around this stuff," he takes enormous delight in information that many find tedious. "Have you heard of Mootral?" he kvells, "It de-methanates cow burps that release potent greenhouse gasses!" Two minutes later, he’s talking about Flame Mapper -- emerging software that uses artificial intelligence to predict the path of wildfires and mitigate their impact: "Incredible!" And just when you think Downey might suffer from irrational exuberance, he gets realistic: "We'll make mistakes. Innovators have to make enough mistakes to get to the right solution set."

Downey is pragmatic, too, about what will motivate change in polluting industries, and what will transform consumer behavior. He recalls the shift away from whale oil to electricity in the late 19th century: "People didn't decide that they loved whales and were going to break down an entire industry because they felt too guilty about killing for blubber. It was the advent of electricity, which became the cleaner, easier, cheaper, more widely accessible option."

"...what's most compelling about him is not his grand Starkian ambition to save the world, but the very opposite -- his prudence, which is hard to come by anywhere, especially Hollywood."

By the end of a one-hour conversation with Downey, what's most compelling about him is not his grand Starkian ambition to save the world, but the very opposite -- his prudence, which is hard to come by anywhere, especially Hollywood. "I understand the lefty liberal let's-all-hold-hands-and-sing-kumbaya-and-things-will-change-around-us mindset. But we need a more grounded approach," Downey tells me. "You hear people say: We just need to get back in touch with the Goddess energy. And I go: I know! But listen. The Goddess is saying: Use my tech -- that's what I sent for you."

Downey insists that he's done playing superheroes. But I have to believe that ten years from now, he’ll have one more Tony Stark sequel in him: A calmer, grayer, tea-sipping Tony Stark in his mid-60s dusts off his titanium rocket suit and sets out to protect the meteoric growth of a climate-smart, clean-energy, zero-waste, socially just, infinitely sustainable global economy.

It would be a beautiful final act -- art, that we can only hope, will be informed by life.

Amanda Little is a professor of journalism and science writing at Vanderbilt University and a contributor to Bloomberg Opinion. She is the award-winning author of The Fate of Food: What We’ll Eat in a Bigger, Hotter, Smarter World and Power Trip: The Story of America’s Love Affair with Energy. Her recent TED Talk, "Climate Change is a Problem We Can Taste," has more than 1M views.